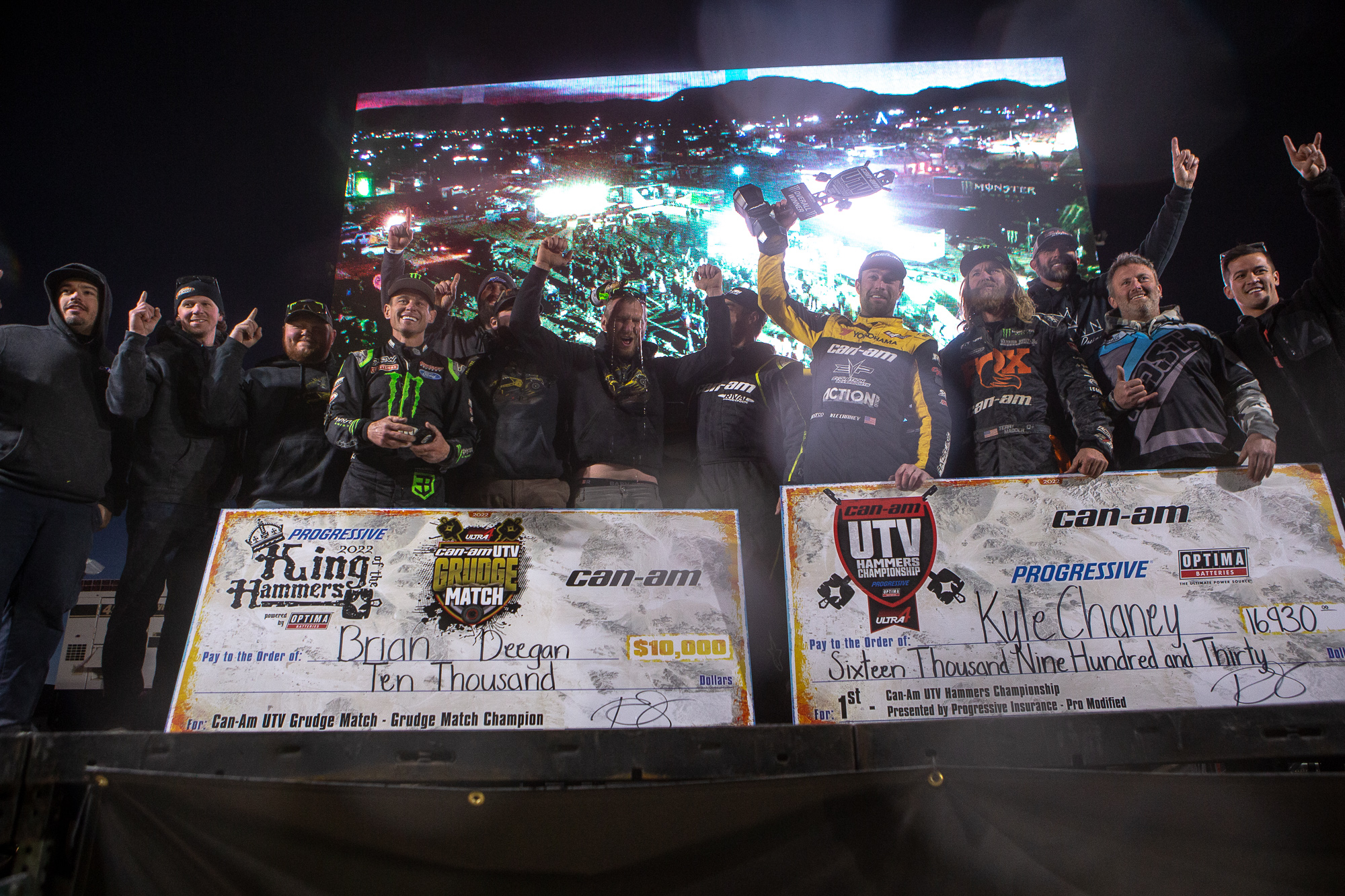 For the second year in a row, Kyle Chaney is a King of the Hammers UTV champion after conquering the grueling Johnson Valley course on Thursday. Chaney’s two-lap winning time of 4:26:02.193 was more than 20 minutes faster than his closest competition, fellow Can-Am driver Hunter Miller, and marked a perfect four-for-four in podium finishes since Chaney made his KOH debut. 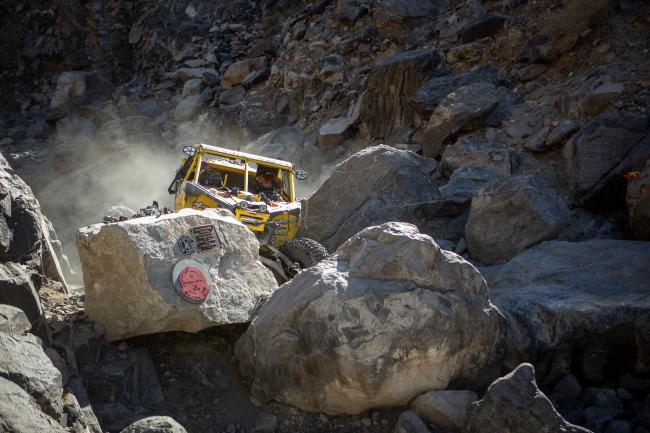 Paul Wolff completed a Can-Am sweep of the overall podium for the third year in a row, also ensuring that the UTV Pro Modified class would lock out the podium in the first year that the UTV race was broken down into multiple classes. Pro Modified entries would take seven of the top 10 overall positions, as well as 18 of the just 34 finishing spots overall, across 124 total entries. 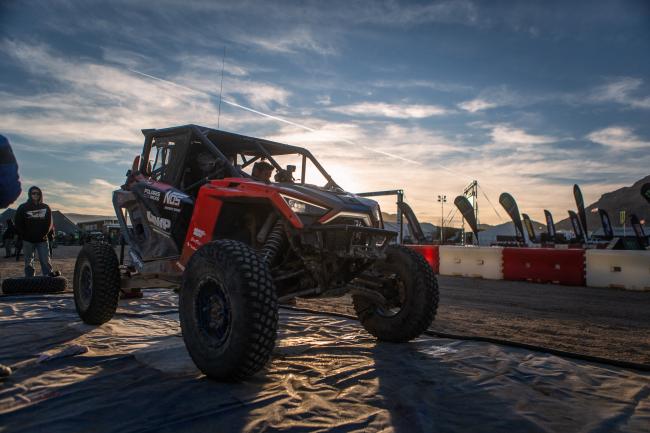 The lone exceptions came in the UTV Stock Turbo and Open divisions, although perhaps not in the order that you’d think. RJ Anderson’s Stock Turbo class Polaris RZR posted not only the fastest time in the division, but also the fourth-best time overall, at 5:12:46.881—well over an hour better than class runner-up Joshua Smith. The battle for Open class supremacy was a bit closer, with CJ Greaves and Mitch Guthrie Jr. finishing 1-2 in the division, and sixth and seventh overall, while separated by just 67 seconds. In UTV Stock NA, Bailey Cole took the win with a time of 6:27:09.928, good for 14th overall, and 43 minutes faster than class runner-up Jeremy McGrath. 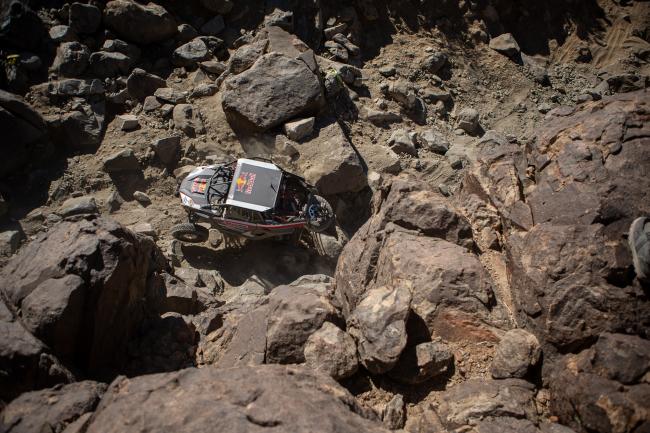 As if all that wasn’t enough, the top 20 finishers were eligible to do further battle for four laps over the 1.3-mile qualifying course in the UTV Grudge Match, with an additional $10,000 on the line. With all three podium finishers deferring their spots as they look ahead to running Saturday’s 4400 Unlimited event, and three others deferring as well, the door was open for Brian Deegan to utilize his short course experience and an optimal starting spot to top the running order. The 26th place overall finisher was able to start first thanks to a full inversion of the field, and beat runner-up Guthrie by 15.939 seconds on the time sheets as half of the field was able to make it to the finish.