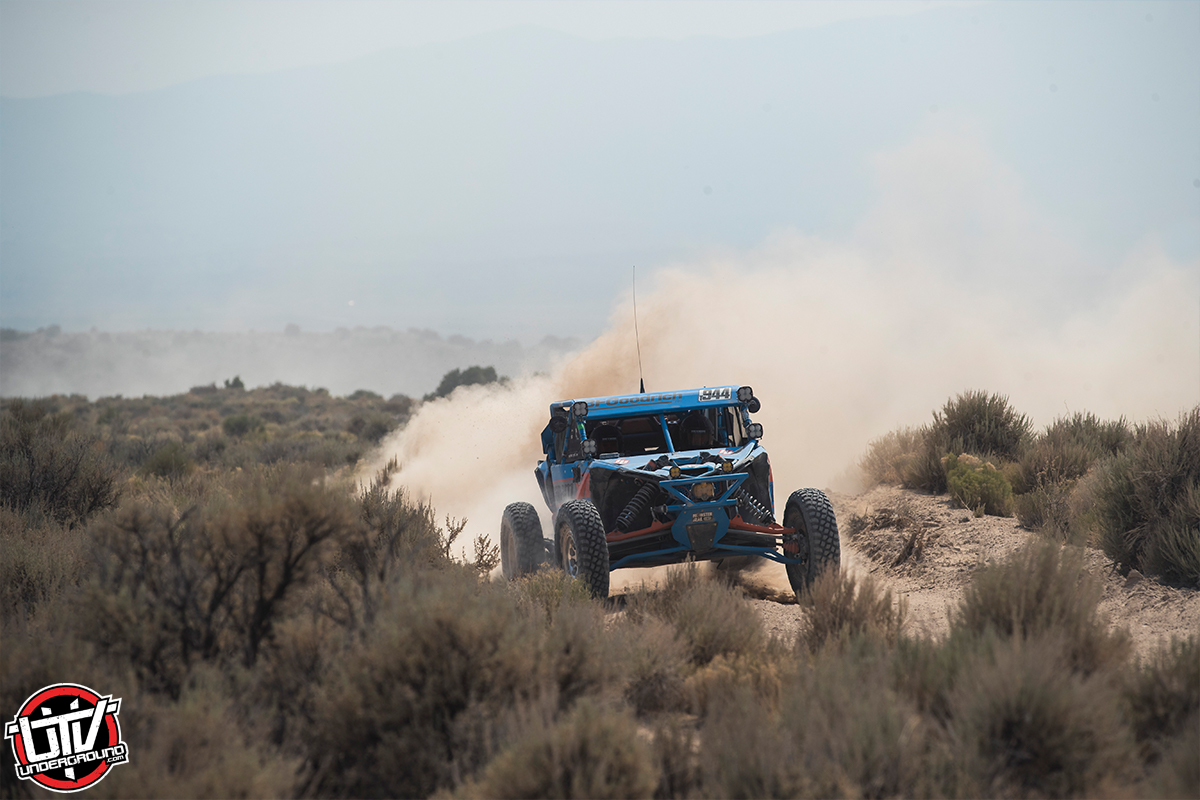 Phil Blurton’s strong start to the 2020 Best in the Desert season continued with his second win in three rounds in Saturday’s VT Construction Silver State 300. Blurton’s time of 4:14:18.133 gave him the top spot in UTV Turbo action by just under a minute over Dustin Jones, while Mint 400 winner Branden Sims completed the podium.

More than 90 UTVs showed up to run the largest Silver State 300 ever, with UTV Turbo comprising the largest class with 46 entries. UTV Production drew 24 racers, UTV Unlimited had a healthy 20-car field, and UTV Sportsman added three more. The postponement of the SCORE season-opening Baja 500, which had previously been scheduled to run in July, enticed SCORE regulars like Wayne and Kristen Matlock and defending Baja 1000 winner Justin Lambert, among others, to add Silver State to their 2020 schedules.

In UTV Unlimited, the top three cars were separated by just under two minutes, with Robert VanBeekum topping the podium over Randy Raschein and Michael Isom. All three pro classes boasted high finishing rates, with only 15 combined DNFs among 90 entries, while all three Sportsman entries made it to the finish as well. The race was cut short at the sixth pit due to the spread of wildfires in the area.

Full results from the 2020 VT Construction Silver State 300 were as follows: