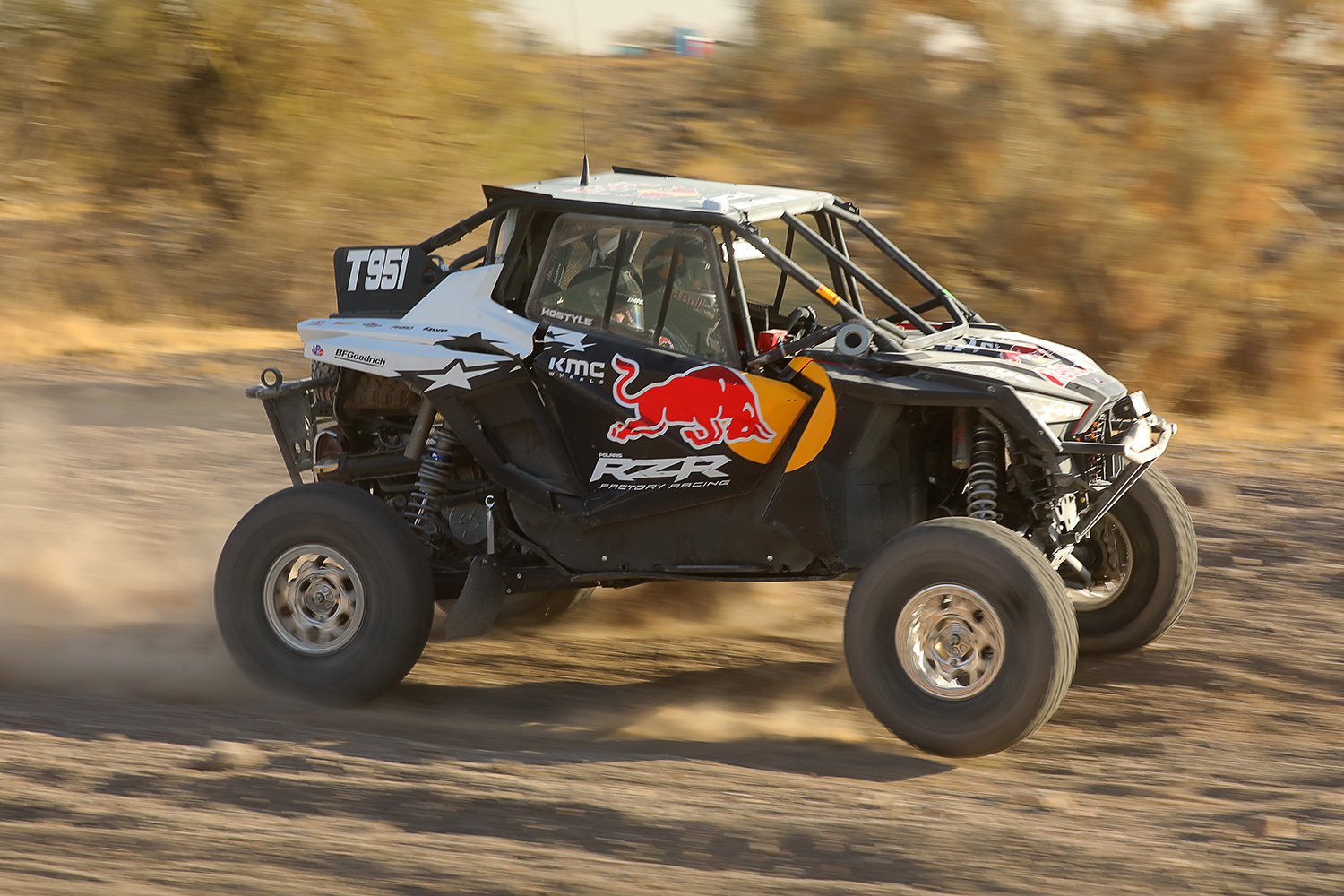 MINNEAPOLIS, MN (Feb. 24, 2021) – The RZR Factory Racing team successfully showcased why they are the most winning brand in UTV racing at the 2021 Parker 250, the first round of the Best In The Desert series, in Parker, Ariz., by winning the stacked UTV Turbo class, as well as the UTV field overall. Mitch Guthrie Jr. and his Polaris RZR Pro XP came from behind to beat the entire field on the day, capturing the UTV Overall win on the weekend.

“The Parker 250 was a race we won’t forget for a while,” said Brett Carpenter, Manager of RZR Factory Racing. “Team RZR showed up eager to get the season started and we came away with a big win. Mitchie was on absolute rails all day and made a huge statement to kick the season off. I couldn’t be prouder of the whole team.”

In response to COVID-19 protocols, the 2021 Parker 250 race course was changed back to its more original layout, which consisted of four demanding 60+ mile loops. Cold and windy weather created challenging racing conditions and made visibility and a good, clean start more important than normal. For Guthrie, racing the Parker 250 was a decision that came late and as a result, would require him to start in 53rd position after missing the draw the week prior. Despite his starting position, Guthrie reminded the UTV racing world why he is one of the most talented and decorated UTV racers in the sport.

Throughout the race, Guthrie’s methodical driving allowed him to make significant progress with each lap he completed, making quick work of the competition throughout the 250-mile race course. As lap traffic and visibility became a factor after lap one, Guthrie used his technical driving skills to push his RZR Pro XP towards the front for the next three laps. With a total finishing time two minutes ahead of the second-place racer, Guthrie completed the Parker 250 with a winning time of four hours and forty-two minutes.

“We really didn’t know if we were going to make it to Parker due to the uncertainty of my schedule, but once we decided we were in, we went all in,” said Guthrie. “This Pro XP was absolutely flawless all race. It’s the same RZR I raced at King of the Hammers a few weeks ago, so that’s a testament to what this platform is capable of. To come out here and start dead-last, then take the overall at the first BITD race of the year feels amazing. We’re ready for Laughlin!”

Polaris RZR Factory Racing will be back in action at round one of the TexPlex Racing Series, held at TexPlex Park in Midlothian, Texas on March 6.