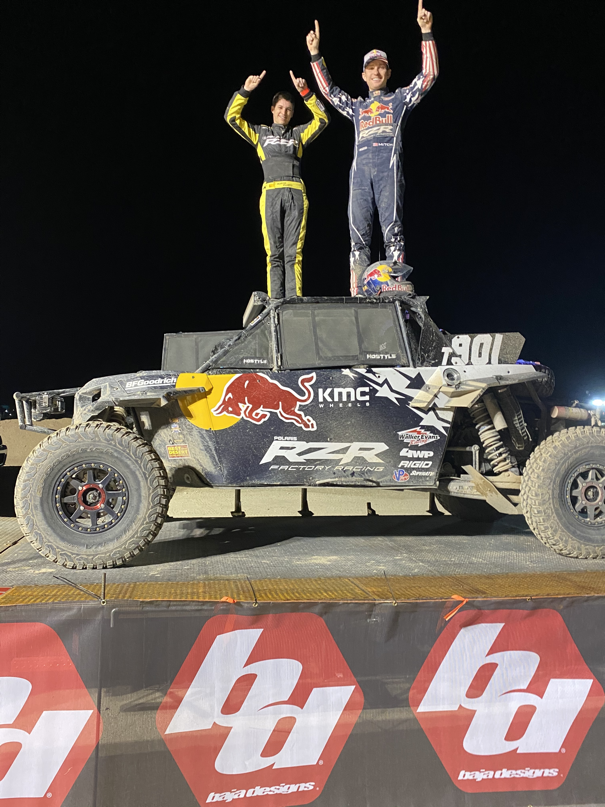 Racing a championship-winning RZR® Turbo S machine, Guthrie secured first place in the Pro Turbo class for the second year in a row during Thursday night’s UTV race – beating out a field of 37 drivers. Guthrie began the race in the second row but was able to pull a holeshot, chasing down the front row of competitors and progressively closing the gap each lap, ultimately crossing the finish line first securing the overall win. RZR teammate and factory driver, Ryan Piplic made a strong statement by taking home his first podium in his new RZR® Pro XP, finishing in third place.

RZR Factory Racer Seth Quintero also had a successful night taking second place in the Pro 1000 class after battling for the lead throughout the race. The defending class champion now goes into the third race of the season with back-to-back top-ten finishes.

Making his 2020 Best In The Desert series debut and racing an all-new RZR Pro XP machine, RZR Factory Driver Cody Bradbury had an impressive finish in the top ten. Bradbury, with fellow Factory RZR teammate Corbin Leaverton serving as co-driver, settled into a smooth pace starting deep in the field and was able to maneuver a number of passes to work his way up to a ninth-place finish.

“We’re incredibly excited to see Guthrie, Quintero, and Piplic on the podium at the UTV Night Race and build momentum for the year,” said Brett Carpenter, Team RZR Race Manager, Polaris. “We’ve got a stacked team, including Bradbury in the new Pro XP who we can expect to see a lot more from in the coming races. We’re ready to take on the 2020 race season and battle it out for the Best In The Desert series championship.”

With 36 RZR racers competing in various racing circuits in the 2020 race season, Polaris RZR Factory Racing looks to continue its success at World Off Road Championship Series Round Two February 28 – March 1.
More information about Polaris Off-Road Vehicles and Polaris Engineered Accessories can be found at RZR.Polaris.com. Also, join the conversation and follow RZR on Facebook, Instagram and Twitter.