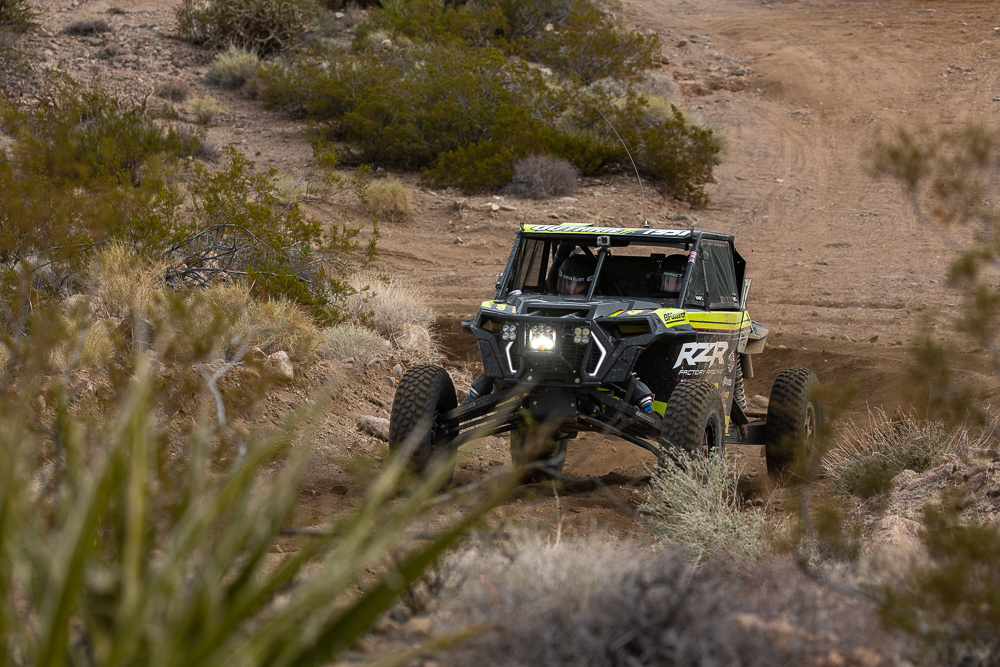 Polaris RZR will return to the 2020 BFGoodrich Tires Mint 400 as a supporting sponsor of this year’s Great American Off-Road Race. In addition to displaying the latest line of RZR vehicles at this year’s Mint 400 Off-Road Festival, Polaris RZR will be throwing a special driver appreciation party for RZR racers on the night of Thursday, March 5 before the action gets going on Friday and Saturday.

“Without the innovation of Polaris RZR, the UTV industry wouldn’t be what it is today,” said Mint 400 CEO Matt Martelli. “From recreational vehicles to their factory race programs, Polaris RZR has continuously pushed the boundaries of what is possible in a UTV, and forced their competitors to work harder or risk being left in the dust. We’re excited to welcome them back to this year’s BFGoodrich Tires Mint 400, with both a presence at the Mint 400 Off-Road Festival and dozens of RZRs on the starting line of our races at all levels.”

Through relentless innovation and a passion for the ride, RZR is the world-leader in off-road domination. There’s more to achieving the pinnacle of Xtreme Performance than simply developing around just power or big travel. Extensively engineered technological advances are made to only further razor sharp performance. There are no shortcuts to victory, and we never settle for second best. Fueled by relentless innovation, RZR has decisively superior power and performance to conquer any terrain.

RZR swept last year’s UTV Pro Turbo and UTV Pro NA class victories with young superstars Mitch Guthrie Jr. and Seth Quintero. Both will be back to defend their respective crowns, but the RZR contingent on this year’s entry list goes much deeper than that. Branden Sims, Jacob Carver, and Justin Lambert are just three of the other drivers who will look to bring the brand another UTV Pro Turbo victory, while RZR vehicles dominate the youth classes that will take on the Mini Mint 400 that will run each morning.

This year’s Mint 400 will take place from March 3-8 in Las Vegas. More information on the event for racers and spectators is available at TheMint400.com, or follow the event on Facebook and Instagram. For more information on Polaris RZR, visit rzr.polaris.com.