While most of the country prepared for the warmer temperatures that spring typically brings, many Midwest states were hunkered down for Winter Storm Ulmer, an intense storm that brought intense wind, blizzard-like conditions, and, in some areas, all-time record flooding due to increased river levels. The storm destroyed an estimated 16 million acres and caused billions of dollars in damage.

“Working with Polaris during a disaster like Winter Storm Ulmer, which brought massive amounts of damage across the Midwest, has a great impact on the mission of Team Rubicon and the survivors that we are serving,” said Brian Meagher, Strategic Partnerships Officer at Team Rubicon. “The ability to come in as a force multiplier to assist Team Rubicon in helping more people is what it is all about.”

“We’re humbled by the great work Team Rubicon has done and continues to do whenever a disaster strikes, and we are grateful for the opportunity to contribute RANGER vehicles to support their efforts,” said Kyle Duea, Vice President of Off-Road Vehicles at Polaris.

Polaris, a world leader in powersports, has a long history of supporting disaster relief efforts through work with organizations, such as Team Rubicon, and through our ongoing partnership with The Salvation Army and their Polaris Rescue and Relief Fleet.

Words and photos by Polaris.com 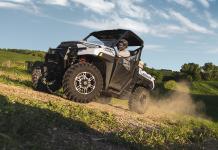 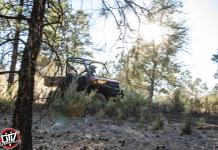