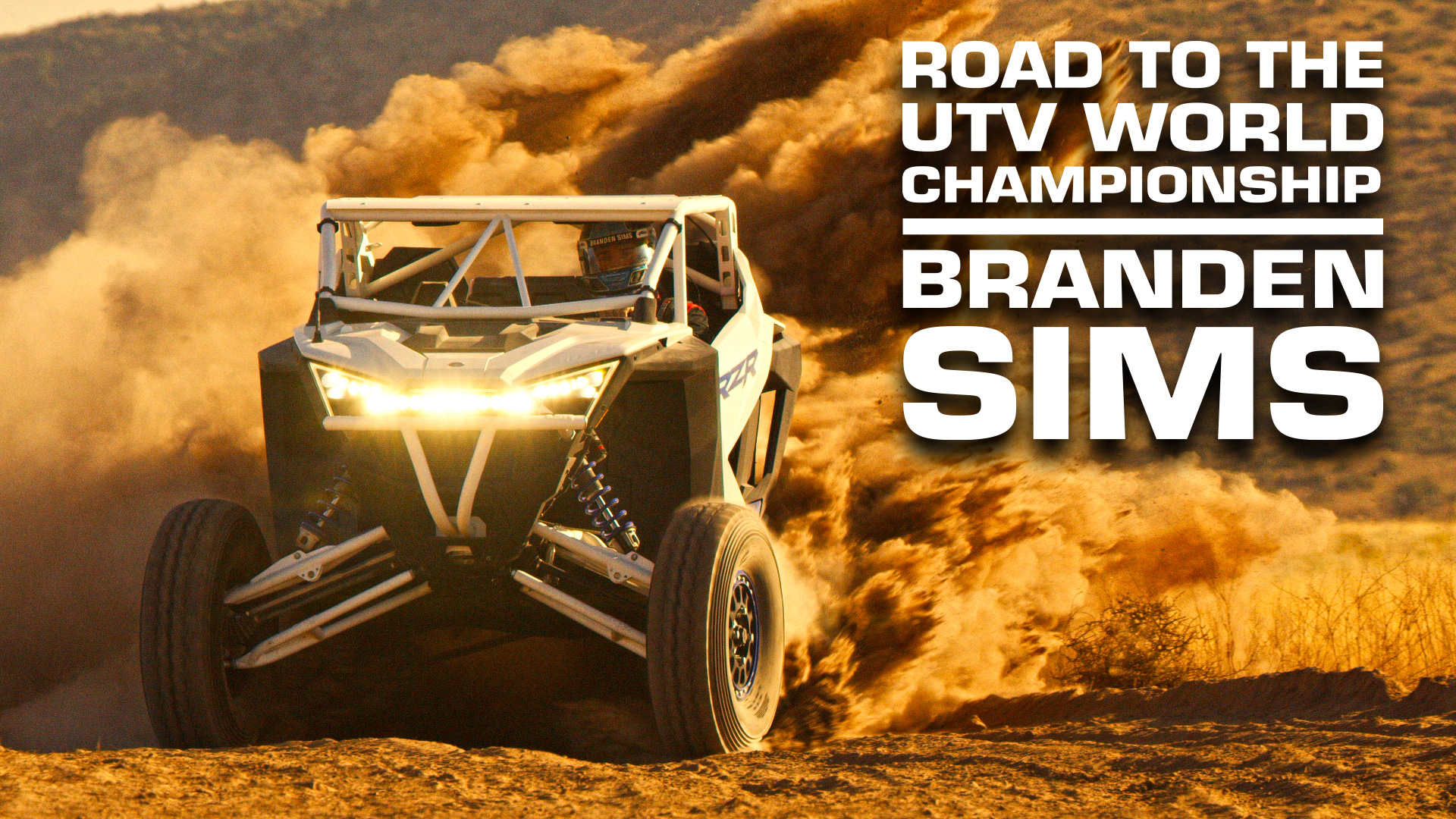 Watch off-road champion Brandon Sims as he prepares for the biggest UTV race of the year, The UTV World Championship presented by Polaris RZR. Brandon has climbed his way up from a privateer to now being one of the top 5 competitors in all of UTV Racing. With a new Polaris RZR race UTV, he started the year off with a dominant performance at The Mint 400. He has won the UTV World Championship before, can he do it again?

Directed by The Martelli Brothers