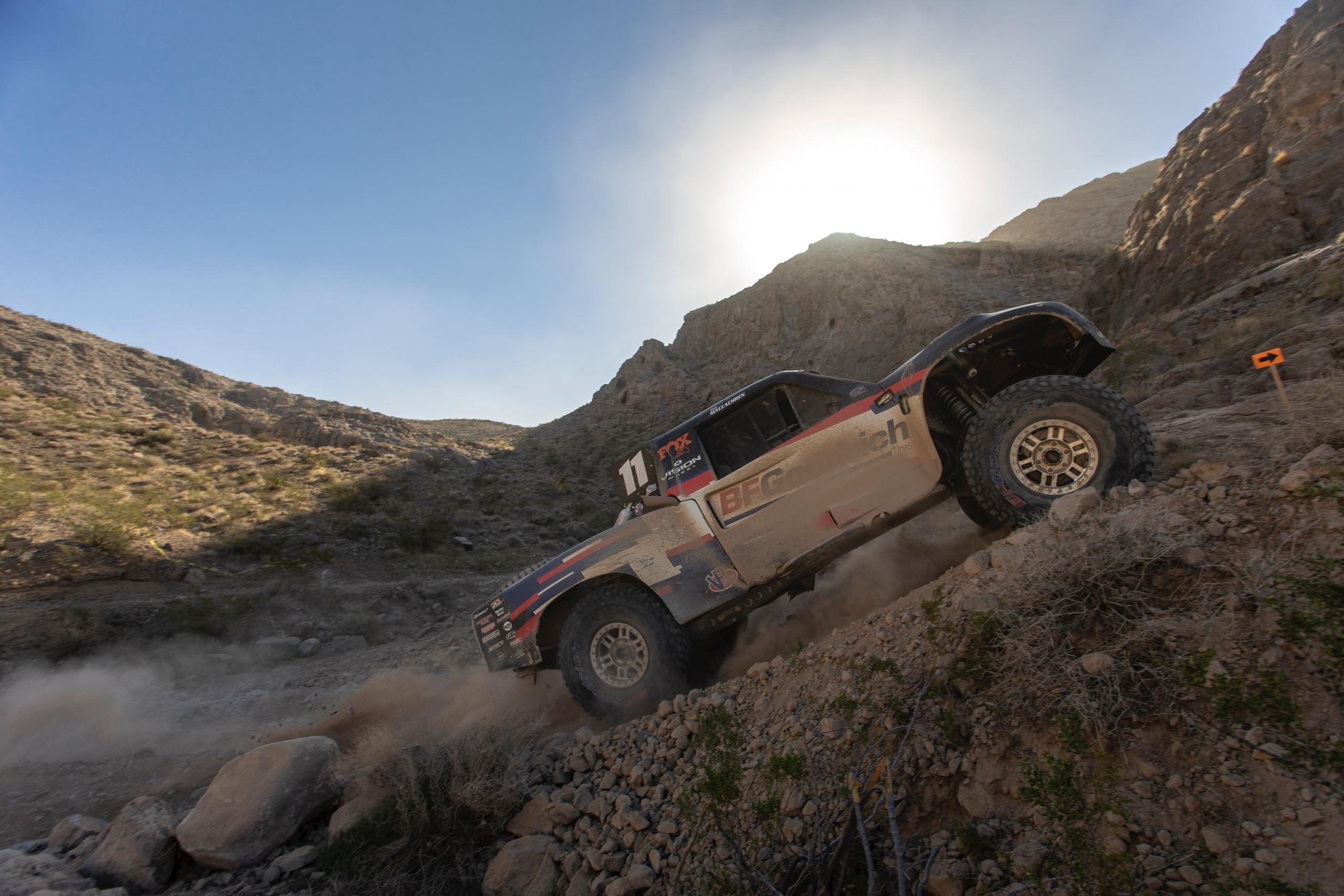 Just a few short weeks ago, Rob MacCachren and Luke McMillin were teammates celebrating a victory in Baja. On Saturday, at the 2021 BFGoodrich Tires Mint 400, they were fierce adversaries. But only one could take the victory in the latest edition of the Great American Off-Road Race, and unofficially it was 2017 winner MacCachren over 2020 winner McMillin in a battle that went down to the very end of the day—and included contact between them just miles away from the checkered flag. 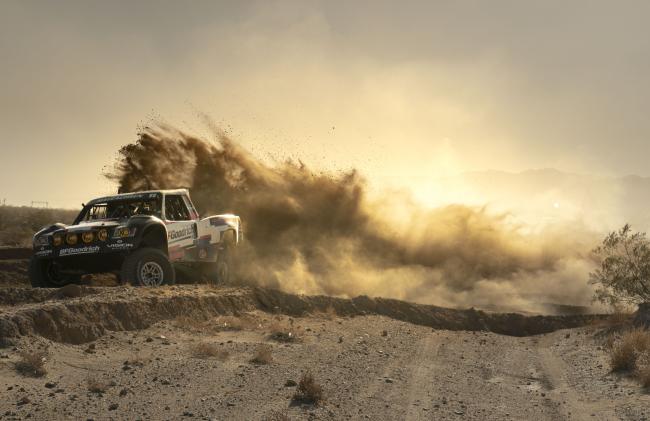 “It was an unbelievable race,” MacCachren said. “We were just chasing Luke around, and it was materializing into a last lap battle, and the wind slowed down and the dust started hanging really low, which was weird. Sometimes you see the fog and it’s high, but on the dry lake, we couldn’t see the ground. We had a 90 degree left, a 90 degree right, and then my son said ‘that’s Luke, right there.’ We turned the lights off on him and followed him through the speed zone and over the bridge.

“We got in the dirt and some chicanes before the last couple of miles, and I don’t know what happened, but we got into the back of him in the dust and tipped him over. I was pretty bummed about it—we stopped and wanted to help him get back over. He’s the last person I’d want that to happen to. They’re an incredible family and an incredible team.” 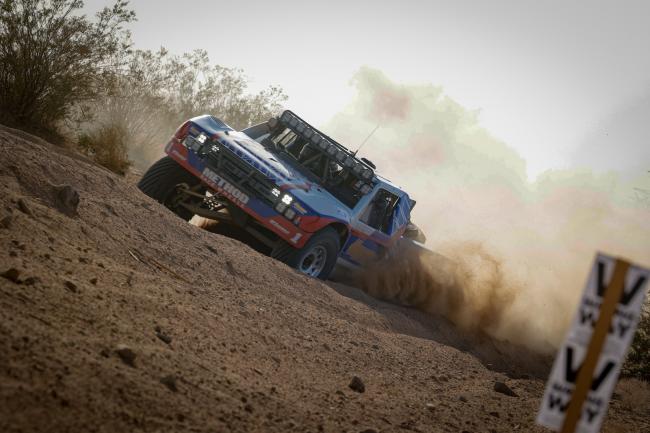 McMillin launched alone at the start-finish line in Primm to start the day as the top qualifier, with MacCachren following alongside Harley Letner soon after. When Letner suffered a mechanical failure on the first lap that led to a DNF, most of the day came down to a battle on corrected time between the Baja teammates, with MacCachren looking to keep the gap on course as small as possible.

But just a handful of miles short of the finish, the entire complexion of the race changed. After contact between the two racers as MacCachren caught up, McMillin suffered a spectacular wreck that saw his truck take heavy damage. MacCachren stopped on course, where McMillin confirmed that he was alright and encouraged MacCachren to continue. McMillin was then able to recover to finish third, with Ryan Arciero completing the podium between them. 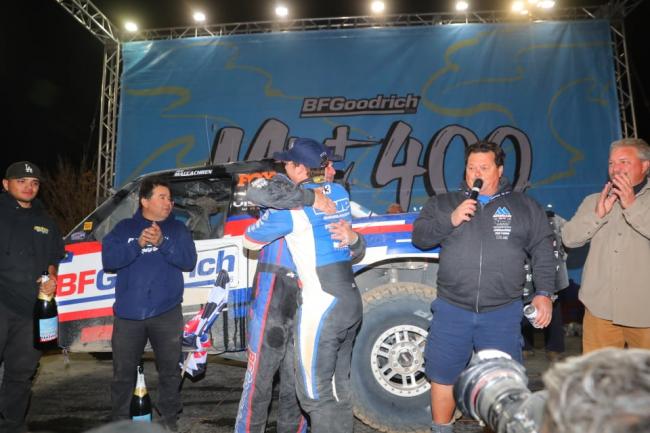 “I said ‘Rob, if I’m not going to go win this deal, you go get it, you earned it,’” said McMillin, who joined MacCachren on the podium for the post-race celebrations. “There are absolutely no hard feelings.”

Full live timing and scoring (including live unofficial results), as well as the replay of both days’ livestreams, can be found at live.themint400.com. 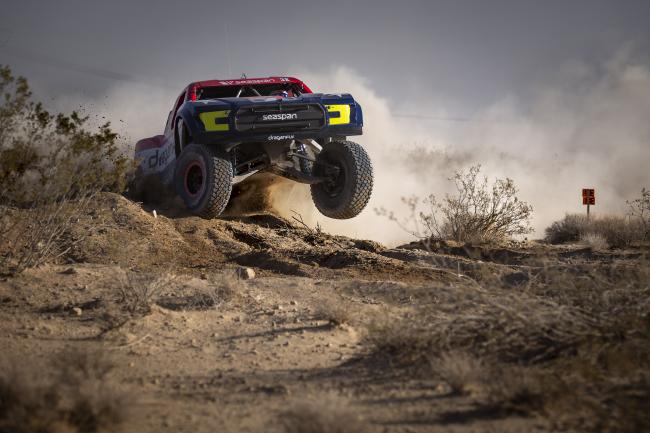 The 2021 BFGoodrich Tires Mint 400 concludes on Sunday with the official awards ceremony for race winners. More information on the event for racers and spectators is available at TheMint400.com, or follow the event on Facebook and Instagram.