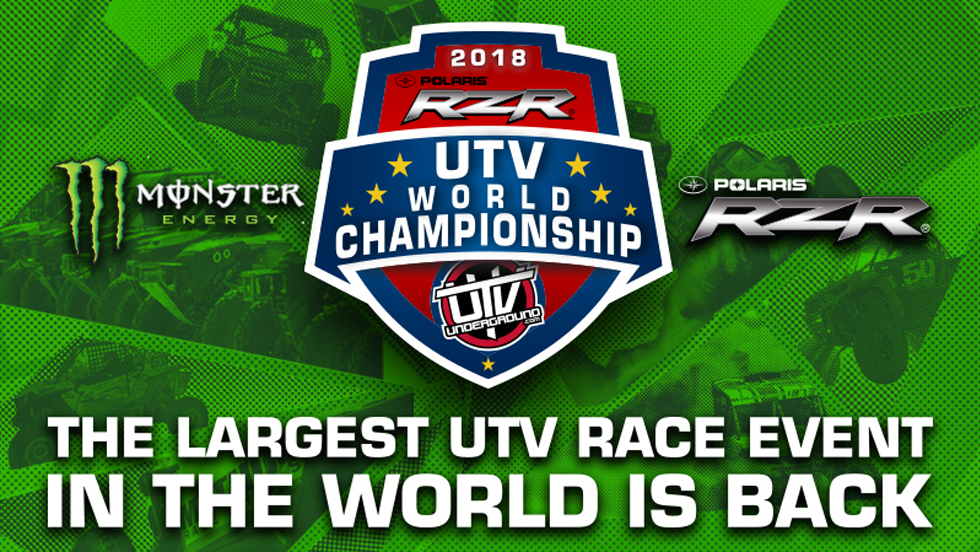 The largest UTV Race Event in the World is Back

Once again, top racers from all over North America will descend on the riverside city of Laughlin, NV to test themselves against the best of the best on one of the most challenging courses all year. Returning champions like Mitch Guthrie Jr., Phil Blurton, RJ Anderson, Branden Sims, Casey Sims, Seth Quintero and more are all slated to battle in the 2018 event.

“We are ramping up to return to Laughlin for the UTV World Championship in 2018 and I know this will be another record breaking year. Developing the UTV World Championship into the world’s premier UTV race event has been amazing, and returning for the 4th year in a row to host this event has us really excited,” said UTVUnderground.com CEO, Joey DiGiovanni.  “Since creating the UTV World Championship in 2015, we have remained committed to giving racers, companies, and all those involved in UTV recreation an event they can all come together at. With the sport at an all-time high, this years’ event will be one of the top off-road race events in 2018. Of course, we could not do this without support from Polaris RZR who is coming back as title sponsor for the fourth straight year. We also welcome back Monster Energy who has been an amazing partner since we launched the event!”

In 2018, the UTV World Championship is planning increased spectator and enthusiast interaction, including trail rides to pair with the Poker Run which allows fans and racers to take their vehicles through the UTV World Championship race course.  Also returning in 2018 will be the inclusion of the Youth Production Race for competitors ages 6-12. This race has given the future of the sport an opportunity to shine on the industries biggest stage. Of course the massive Short Course & Desert Races will be the highlight of the weekend.