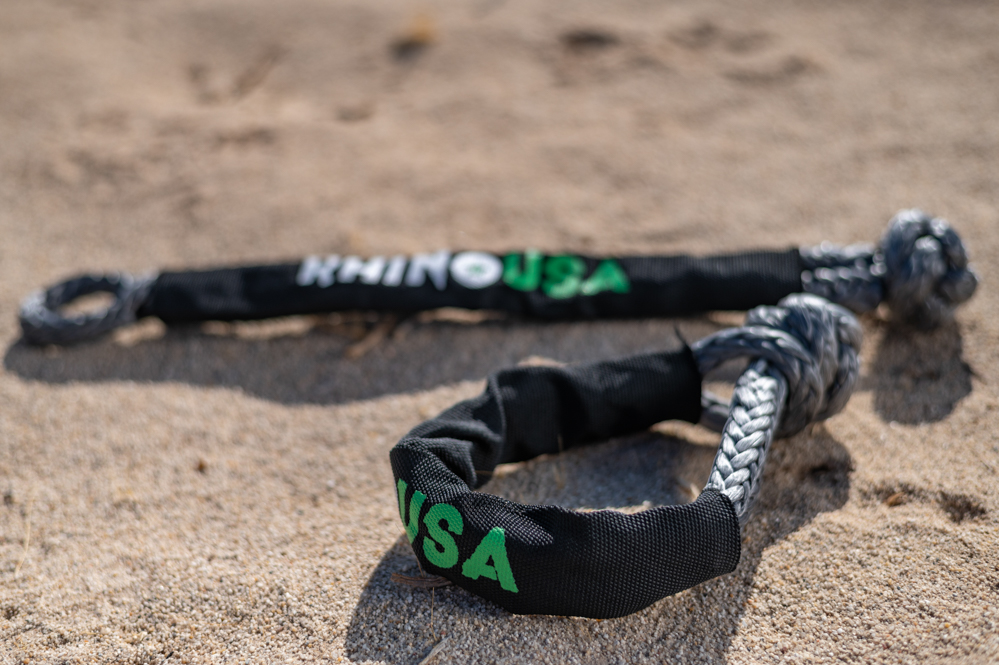 The quick hit: The Rhino USA Synthetic Soft Shackles are by far the best soft shackle on the market and should be in every vehicle you own. They are constructed from heavy-duty synthetic fiber and lab-tested in the USA to an unmatched 46,250-pound break strength! With a working load strength of over 15,000 pounds, these ½” shackles are the best solution for towing, recovery, or heavy-duty work – all while protecting the paint and plastics on your cars, trucks, boats, and more! 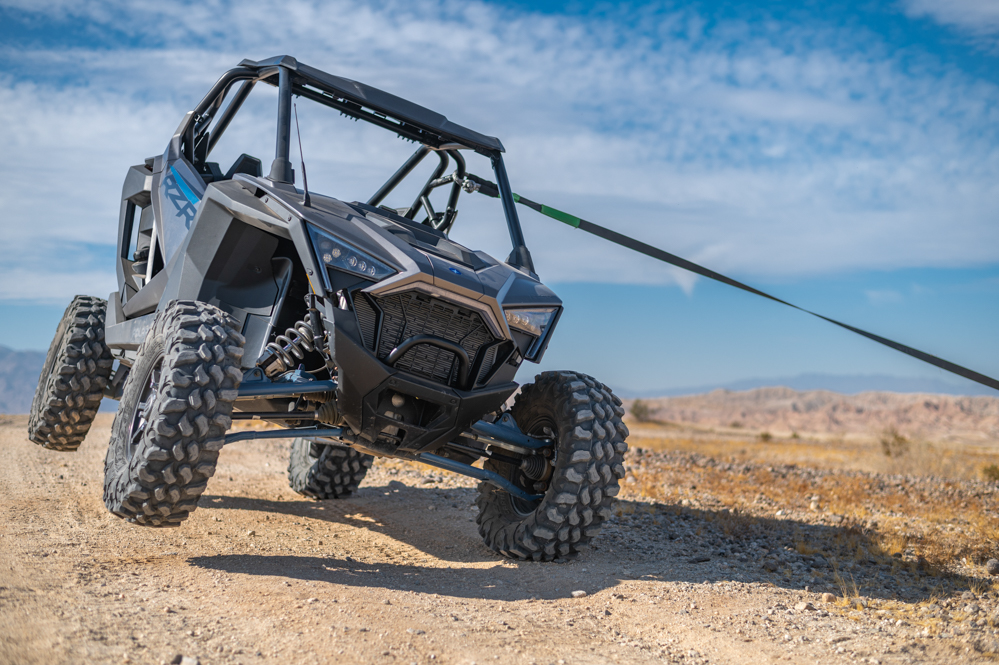 Back in the old days, everything was shipped on boats, wagons, and eventually trains. The rope was cheap, and metal was expensive so the old-timers back then got pretty tricky with all their various roping, knotting, and rigging techniques. That is, no doubt, where the first rope “shackle” came from. A simple device to hold two things together. Back then, the rope was made from hemp, jute, straw, and sisal – depending on the use. During World War II, the first synthetic fiber ropes were small braided parachute cords and three-strand tow ropes for gliders, made of nylon. Since then synthetic ropes have almost completely replaced natural rope because of their resistance to decay, insect and animal attacks, and water. Enter the synthetic soft shackle.

A soft shackle is simply a short 12” – 22” loop of 12-strand rope that forms a closed loop using a noose and big stopper knot. They are used to connect vehicles, or objects together that might otherwise be connected with a carabiner, quick link, metal shackle, or D-ring. One benefit of using a soft shackle is that they are “soft” – meaning they can be wrapped around metal or plastic and won’t typically scratch the paint in a way that metal on metal would. They are also much lighter in weight than their metal counterparts typically. Are they the best tool for every situation? No. In heavy-duty construction scenarios, you’re likely always going to use metal on metal. But the Rhino USA Synthetic Soft Shackles are definitely one of the most important, inexpensive towing and recovery tools you should have in every vehicle, or boat kit. Why? Read on… 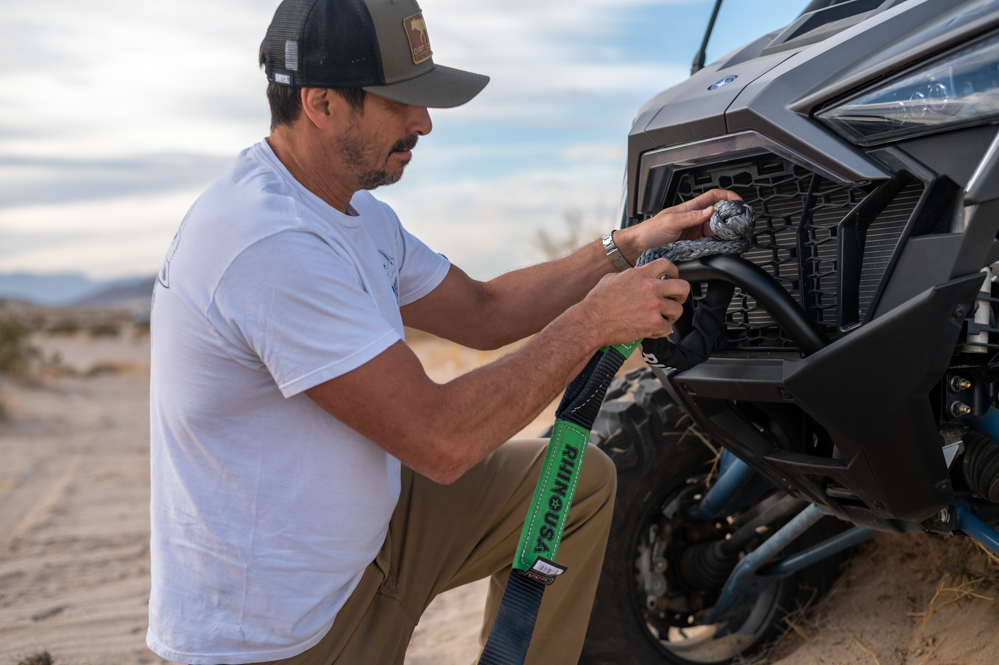 There are a million ways to use a soft shackle. We run 32” tires on our UTV’s. When we get a flat, the last thing we want to do is whip out a jack and start trying to jack up our UTV 36” or more of the soft ground. Not fun. Instead what we do is simply attach a soft shackle to the top roll bar on the opposite side of the car to another UTV and slowly reverse – thereby pulling the crippled UTV off the ground – making it easy to swap the tire, and actually a hell of a lot safer to work on versus a tiny jack. Another example  – you need to tow out a stuck vehicle that has a traditional metal bumper – wrap that soft shackle around it to create an anchor point. Try that with a winch cable and you’re going to scratch it all to hell. The list goes on and on…. 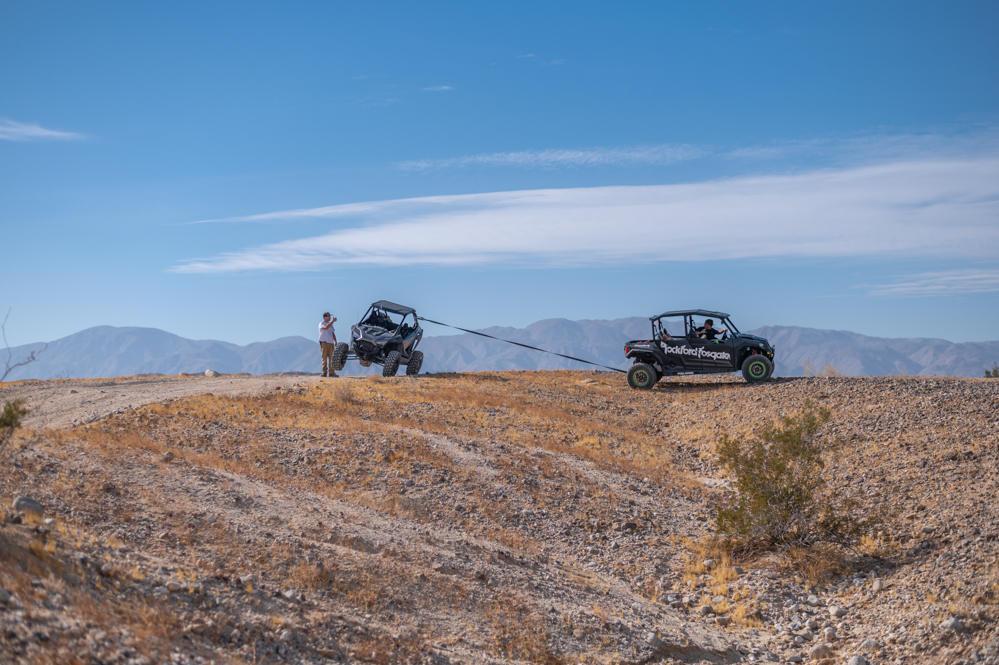 How many of these should you own? 57 per vehicle. Ok, that might be a bit excessive. I would say at least four per vehicle. Cars, trucks, vans, UTV’s, quads, sand rails, boats, jet skis, snowmobiles, yard tractors…. If it has a motor and can tow anything – you need soft shackles. What makes the Rhino USA Synthetic Soft Shackle better than the competition? Quality. The Rhino soft shackles have a massive padded sleeve on them that provides the best protection against abrasion than we’ve ever seen on a shackle. And knowing they are made by an American company, and backed by a lifetime warranty makes us feel at ease that they aren’t ever going to fail when we’re in a pinch. You can pick them up directly at rhinousainc.com or any major online reseller.