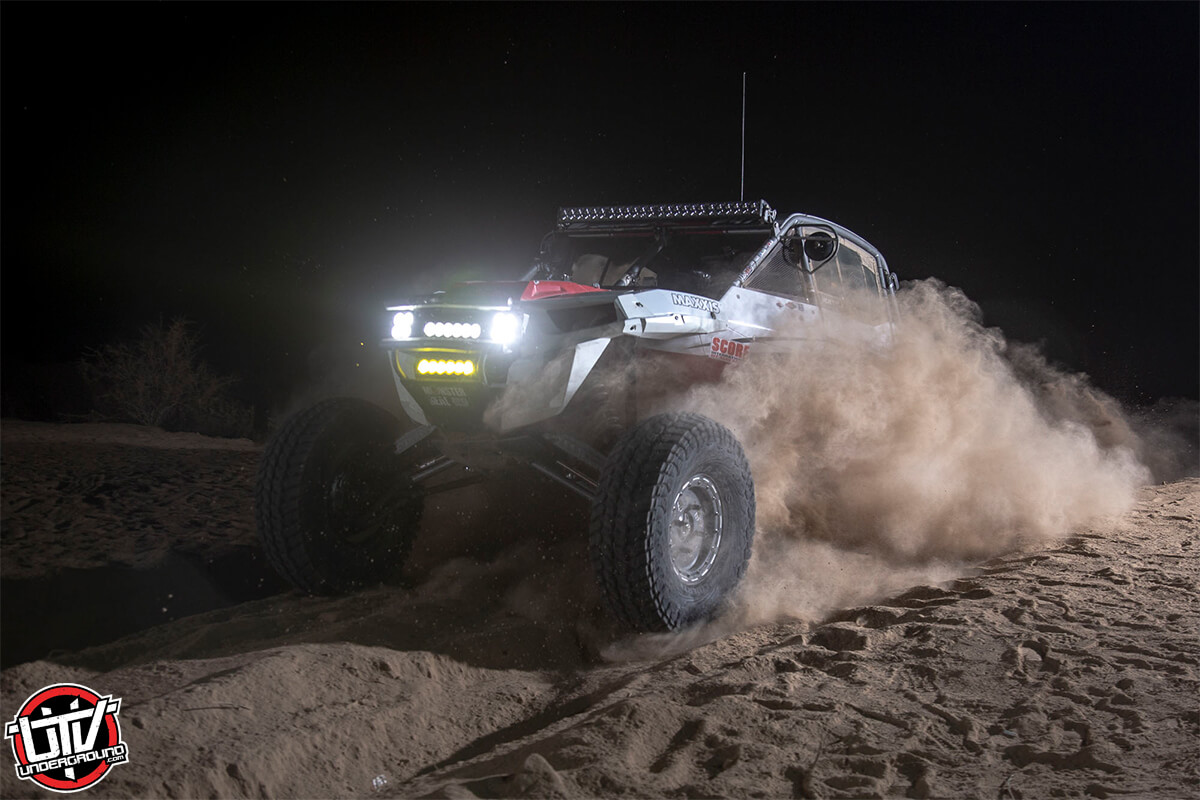 Wayne Matlock took the unofficial Pro UTV Forced Induction victory in this weekend’s 51st SCORE Baja 1000, the final of four events in the 2018 SCORE World Desert Championship. Matlock crossed the finish line at approximately 8:56AM PT on Saturday morning after leading a majority of the event, beating Derek Murray to the finish by roughly 20 minutes. Mitch Guthrie, splitting driving duties with Rhys Millen, crossed the line in third. The win makes Matlock the unofficial 2018 Pro UTV FI champion, with two victories and two runner-up finishes on the season.

The high-attrition run through the desert saw plenty of lead changes early on, as a number of drivers found themselves first on the road in the event’s early stages. But Matlock settled into the lead before the halfway point of the event and didn’t look back, continuing on through the night with a consistent and relatively trouble-free performance to secure the victory.

Early on, it looked like the Matlocks might sweep two of the three UTV classes, as Baja 500 winner Kristen Matlock found herself in the overall top five and atop the Pro UTV Normally Aspirated standings. But multiple prolonged stops took her out of the running for the top spot, allowing Tyler Backus to take the class win and rookie Kaden Wells to unofficially take the class championship from second place. Kris Werth was first to the finish in Pro UTV Unlimited.

Many top contenders suffered mechanical issues early on, and not all would be able to get back on the road. Wes Miller, looking for redemption after a late penalty review stripped him of the victory in Tijuana, DNFed after 196 of 808 miles, while Craig Scanlon and Branden Sims’ repair of a broken A-arm went for naught when they hit a rock and broke an oil pan after 238 miles.

Full official results will be posted on Sunday. Check out our gallery from the 51st SCORE Baja 1000 below, and stay tuned for more coverage as we wrap up the event!