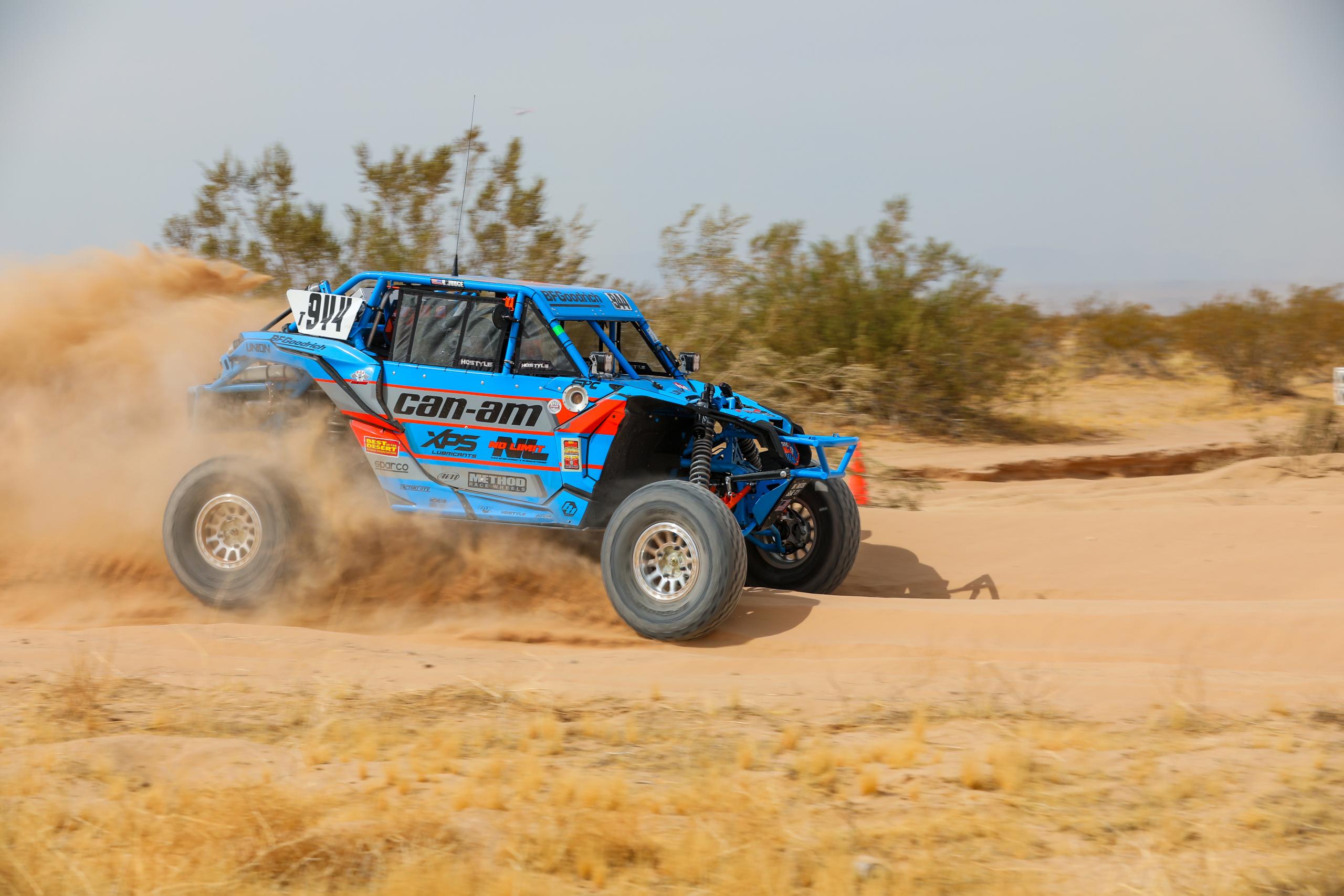 Two miles was all that separated Christian Sourapas from the UTV Turbo victory in the BlueWater Desert Challenge on Sunday. Unfortunately, a belt had other plans.

Sourapas was the quickest driver on Saturday and appeared set to claim a season-ending victory in the last round of the 2020 Best in the Desert championship before a belt gave out with the finish line within reach. That opened the door for Austin Weiland to swoop in and take a dramatic victory, while Phil Blurton reclaimed the class championship from Mitch Guthrie Jr. and took Maxxis Triple Crown honors with a podium performance of his own.

The dramatic weekend didn’t stop with the Turbo class, as the conclusion to a UTV Production championship battle between Seth Quintero and Kaden Wells remains unresolved pending official results. Coming into the weekend, Quintero held a five-point championship advantage, while both drivers battled throughout both days of racing. When all was said and done, though, it was Wells who would take the unofficial overall victory.

In a strong UTV Unlimited field, Randy Raschein climbed his way from fourth place in the Saturday results to the overall win on Sunday. But that wasn’t quite enough to make up the nine-point deficit to Michael Isom, who retained the series championship with a strong performance of his own for Mobbin Racing over the weekend. Isom’s first and second-place performances on the two days were good enough for second overall at race’s end.

While the 2020 Best in the Desert season is in the books, preparations are already underway for the 2021 season. Competitors will return to action with the Parker 250, which swaps dates with the Parker 425 for cars and trucks and will kick off the season in mid-February. In a schedule similar to the planned 2020 campaign, the renamed UTV Legends Championship, Silver State 300, Casey Folks Vegas to Reno, and BlueWater Desert Challenge will complete the five-race slate.

Check out our photos from the BlueWater Desert Challenge below!