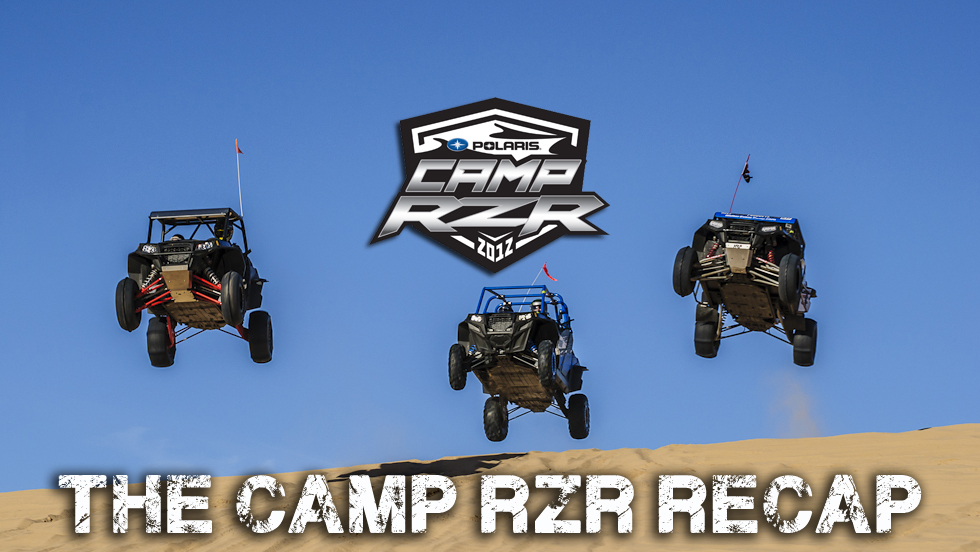 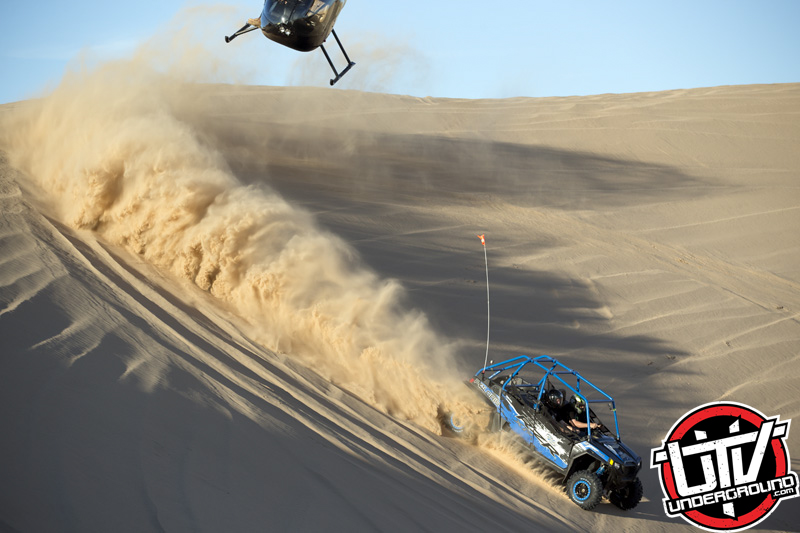 To say Camp RZR was a success would be an understatement. Historic is a term that best describes the event held in Glamis, CA over the 2012/2013 New Years holiday weekend.  With an estimated 15,000 off-road enthusiasts coming through the event which was sponsored by UTVUnderground.com, Jagged X, Walker Evans Racing, Holz Racing Products, TRAXXAS, Go Pro, Monster Energy, Mad Media, the ASA and featured dealers Ride Now, Temecula Motorsports, and Coyne Motorsports, the Camp RZR experience was a huge hit.

Polaris had the goal from day 1 of creating an event to celebrate the RZR lineup, the RZR enthusiast and to truly connect with each and every Polaris customer in attendance.  If the goal wasn’t achieved by the 2000+ hats and frisbees they gave away, the free food and drinks, or the repairs they made for free to hundreds of RZR customers then just being in Glamis and showing they cared was enough to do the trick.  Polaris brought out almost 50 employees and staff to host the event on the 3 acre lot adjacent to the Glamis Beach Store.  They rolled in over 30 RZR’s to be used throughout the dunes by staff and media and hosted a fireworks display on Saturday night that would rival anything you would see on the 4th of July.

In the end Polaris through what had to of been the greatest off-road New Year’s celebration ever and we at UTVunderground.com were thrilled to say the least to have been selected to play such a large roll in the production of the event. If you weren’t able to witness the glory of Camp RZR in person then don’t worry, we got you covered! Along with our media partners Mad Media, we took a ton of photos and recorded 4 amazing videos to help bring the event to life for those who could not attend and help those who did attend re-live this amazing event!

With a little bit of luck Camp RZR will be back in 2013 and we hope to see you all there again!