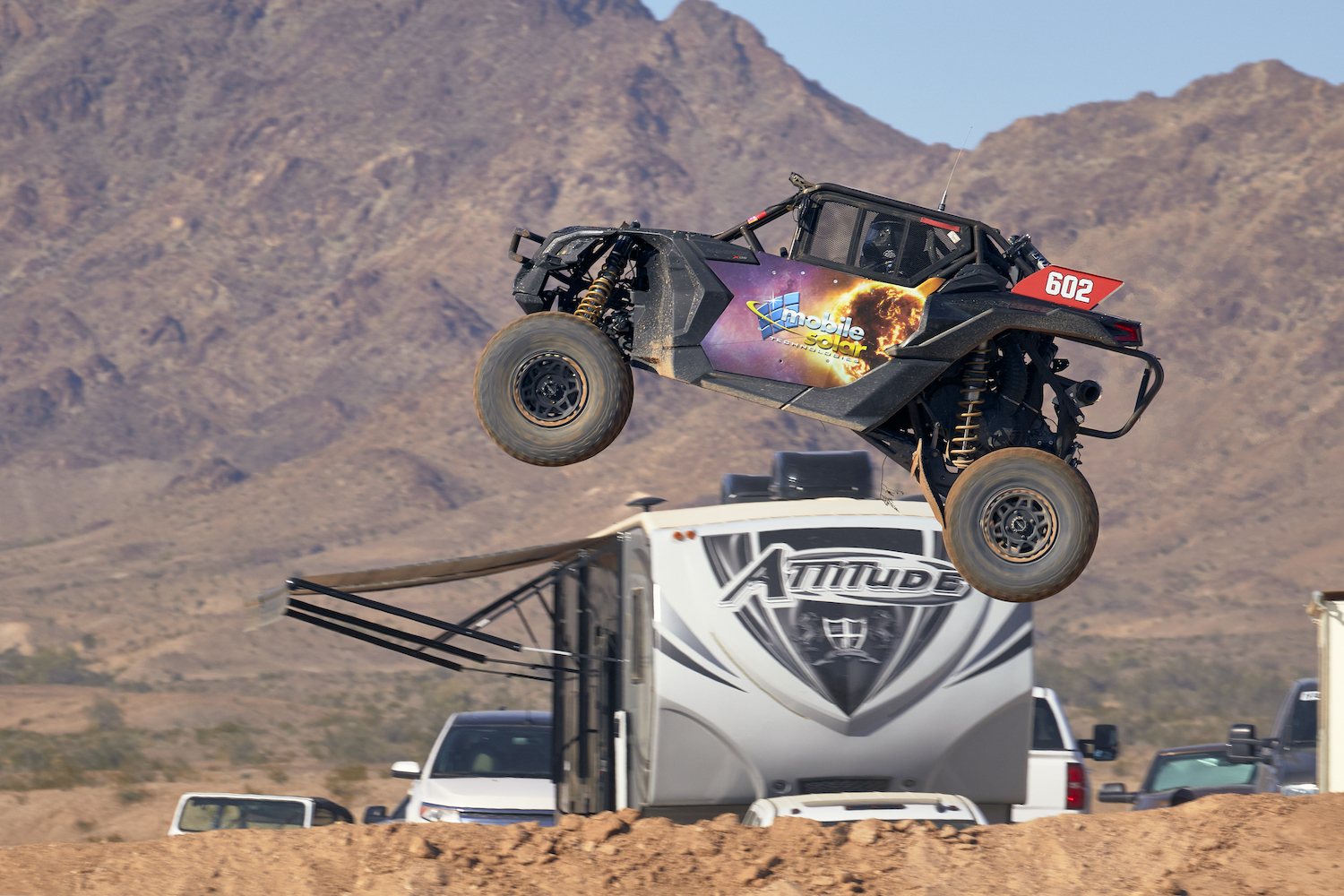 The AZOP Rowley White RV Series held the second race of the 2020 season at the beautiful Shorty’s Sports Park in Blythe, California. Ever a favorite for competitors and spectators, the race drew a huge number of registrants and enough spectators to line every trackside fence in sight. With the parking area on the mesa overlooking the track full and bustling as the sun rose on Saturday morning, the racing – which was sponsored by MotoCity – began with the PeeWee classes.

First out on the track were the 170cc and 250cc UTV’s. With the 170 class having been broken up this season into “Beginner”, “Advanced”, and “Modified” this race has seen a massive expansion. There were 27 entries on the claustrophobic Shorty’s infield section on Saturday, which made for exciting racing in every single corner! Braden Krah (147) continued his dominance from the 2019 season by taking the 250cc class as well as the overall race win.

The final two races of the day featured the bigger UTV’s, with the 570cc class out first. Incredible wheel-to-wheel racing has become the recurring theme for the 570 class at AZOP events and the Blythe GP was more exciting than ever. The three cars in the advanced class immediately went out and hit the big tabletop after the start line nose to tail and then proceeded to keep up that spacing for the majority of the race. They were so close that at the end of lap 2 all three cars crossed the line within 2 seconds of each other. Lucas Johnson (557) held the lead through lap 3 but suffered a mechanical issue on the 4th lap that effectively ended his race, though he still finished 6th overall in a field of 15. That left Ryan Bedoya (14) and Grace Vinagro (1910) to battle it out to the end of the race, with Bedoya getting the overall win. Brody Aikins (577) rounded out the top 3 and got the win in the beginner class.

As the sun dropped lower toward the mountains the flag dropped on the final race of the day. 26 full-size UTV’s fired out onto the track in four distinct classes. Local pro Kody Winiecki (903) got out to an early lead but couldn’t shake the field of fast cars in his mirror and eventually ceded the top spot to Matthew Hancock (93) who held on for the win. Clayton Winiecki (901) took third overall and won the Pro NA class.

Sunday’s races saw more of the same action, albeit in a slightly different order. The 170cc/250ccc UTV’s followed up and put on another entertaining show. Carson Greco (55) got the overall win in his 170cc car, while Vincent Riccitelli took second overall and won the 250cc class. Jaxon Leaming (866) rounded out the top three.

The 570cc UTV’s lined up next and proceeded to do an encore of Saturday’s race. Once again, the three cars in the Advanced class went out nose-to-tail and once again the racing came right down to the wire. Lucas Johnson (557) went out looking for redemption and led the race from wire to wire and got the win, while Grace Vinagro (1910) worked hard to get around him but could never make it stick and ended up second overall for the second day in a row. Saturday’s winner Ryan Bedoya (14) was in the mix at the start but suffered a rollover on the first lap and ended up having to play catch-up. He got within 2 minutes of the leaders but ran out of time and had to settle for third.

Once again the final race of the day was reserved for the Big UTV’s. Kody Winiecki (903) went out strong once again but it just wasn’t his weekend as a suspension failure on the first lap submarined his chances of winning. That left the door open for Michael Mack (821) who drove calmly and consistently and got the overall win. Clayton Winiecki (901) took second place overall and got the Pro NA class win for the second day in a row. But the story of the race was Hayden Thomas (80) who managed to finish third overall despite a lingering pain in his hand from the previous day’s action. Monday morning saw a post on social media with Hayden in a cast; he had fractured his hand on Saturday but raced anyway and got himself on the podium in a field of 19!

AZOP next heads to Vicksburg, AZ for the Junk Yard Grand Prix. The weekend will include a races for Bikes, Quads, and UTV’s. Registration is open now! 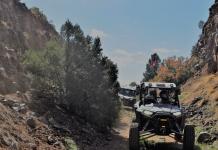