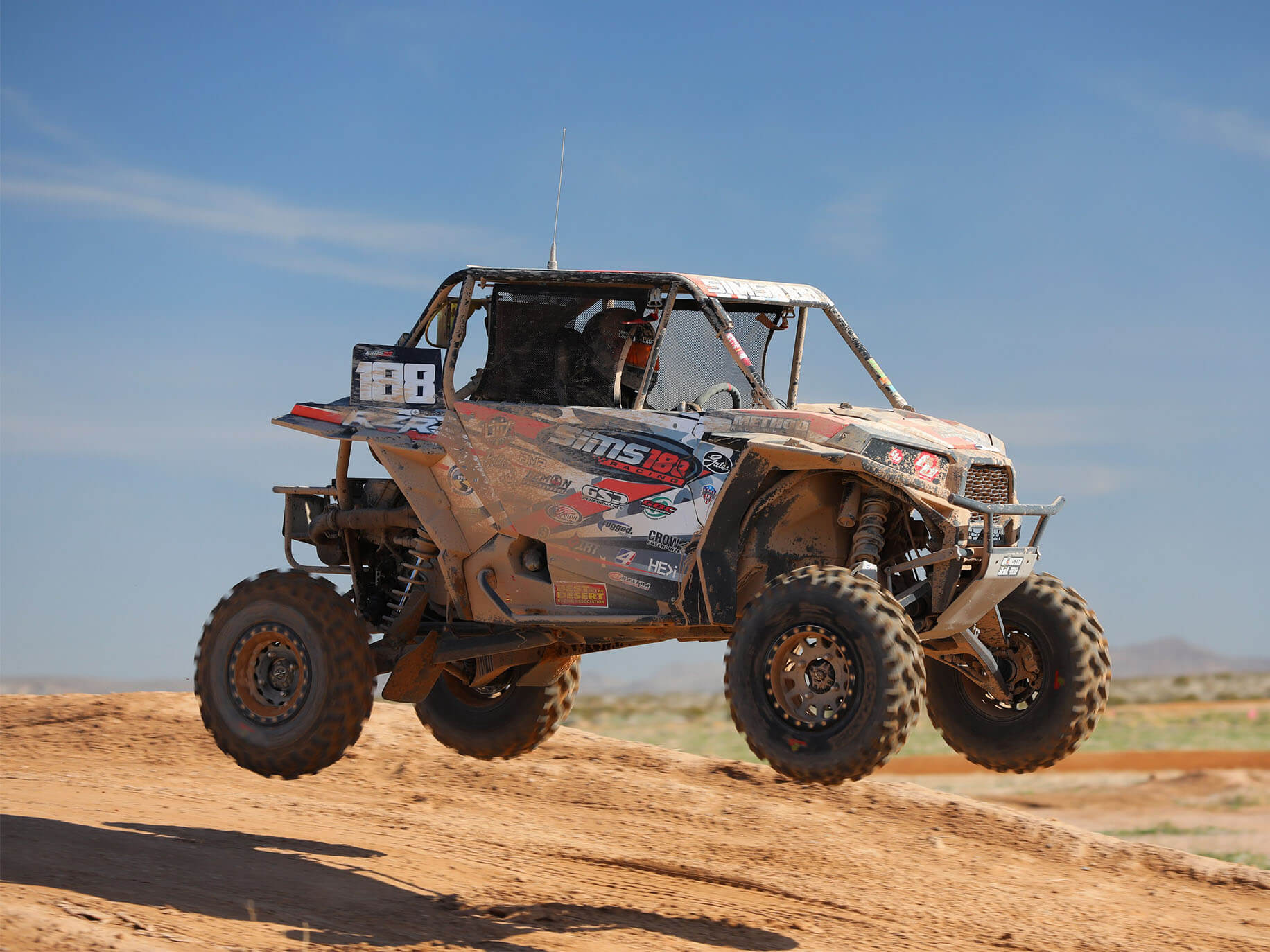 Racing at the 2019 UTV Winter Nationals put on by Best in the Desert was a blast! We headed out to Parker, AZ late on Thursday night. Friday morning, we were up early and headed to check-in at registration and run through tech. We had a little time to look over the car once more before heading to the line. My name was pulled 5th in the draw, so I was stoked I would be starting on the front line in my class. This year, I made the move to the Production 1000 class and would be racing against some serious talent. I felt ready and up for the challenge, even though I am the youngest in the class! 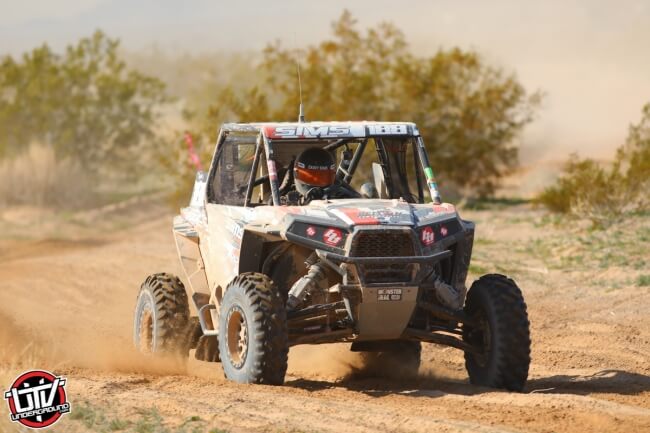 I lined up with the other cars in my class. I was on row 1 in the 5th position, and there were 16 cars in my class. The green flag dropped and we all took off! I was in 3rd place as we headed out into the desert. I knew I was going to have to be on the gas the entire race if I wanted to be competitive. There was no room for error.

The laps were 15.5 miles long, and during the first lap, I was able to maintain my third place position. Heading into the next 15.5 miles, I moved into the second place spot and stayed focused. I was driving the wheels off of my Polaris RZR XP1000 and having a ton of fun! During lap 3, I could feel something was wrong with my car. I realized quickly that my front diff had gone out. I would have to drive the rest of the race in two-wheel drive. Then, I lost a rear axle, but I continued on. I was passed by the first place finisher, but I was determined to finish the race. My motor had a lot of added strain on it due to the axle and differential failures, and it started to give me problems as well going into the 4th lap and last 15.5 miles. With two miles left until the finish line, I had to turn my car off and back on again in the hopes it would reset itself. I radioed to my pit crew and told them I was going to limp my car to the finish. Then, just 100 yards from the finish line, boom. My motor blew up. I was beyond bummed to be that close after racing 62 miles through the desert and running in the top 3. I was unable to finish the race. 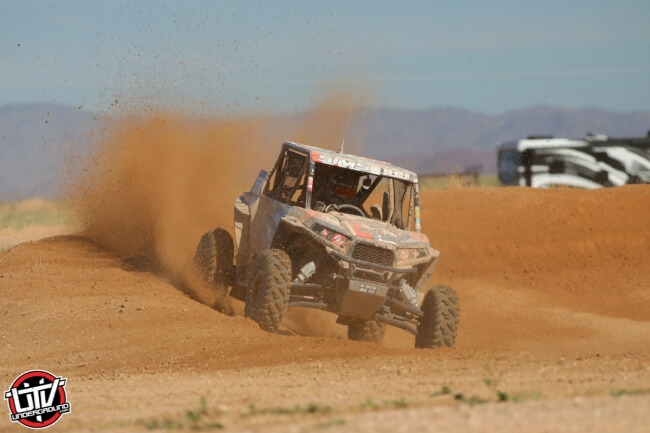 We pulled the motor out of my car the next morning and realized that a hose clamp had broken allowing all of the water to drain from my motor. The lessons learned by these failures will only make my team and I stronger. I was stoked to have run a great race and be completive with the new competition I am up against. And, we will check all hose clamps during prep from now on. 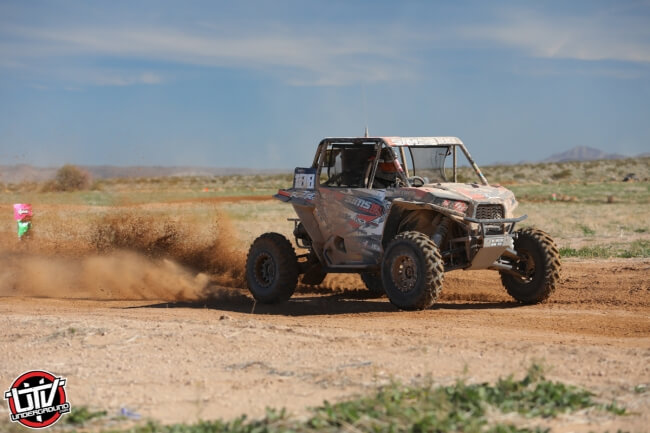 My team and I are busy at work finishing the build on my new Polaris RZR RS1. We will be ready to race at WORCS round 1 in Primm, NV on January 26th!

Thanks so much to all of these amazing companies and people that support my program: Addict Racing Engines, Demon Powersports, Method Race Wheels, GBC Motorsports, Crow Enterprizes, Energy Coil Racing, Factory UTV, Ace Motorsports, Baja Designs, Gates G-Force, PRP Seats, Rugged Radios, Maxima Racing Oils, Bikeman Performance, Grounded 4, Tireblocks, Crown Performance Products, Surface Sun Systems, Got Sand Performance, HOK9, Pavement Recycling Systems, Perrault Motorsports, Dirt Rider Designs, UTV Underground, and my parents who make this possible for me! Thanks to Best in the Desert for putting on this awesome event and Harlen Foley for the amazing pictures! You can check out the Sims188 Racing team on Instagram @csims188 or on Facebook at www.facebook.com/csims188/.