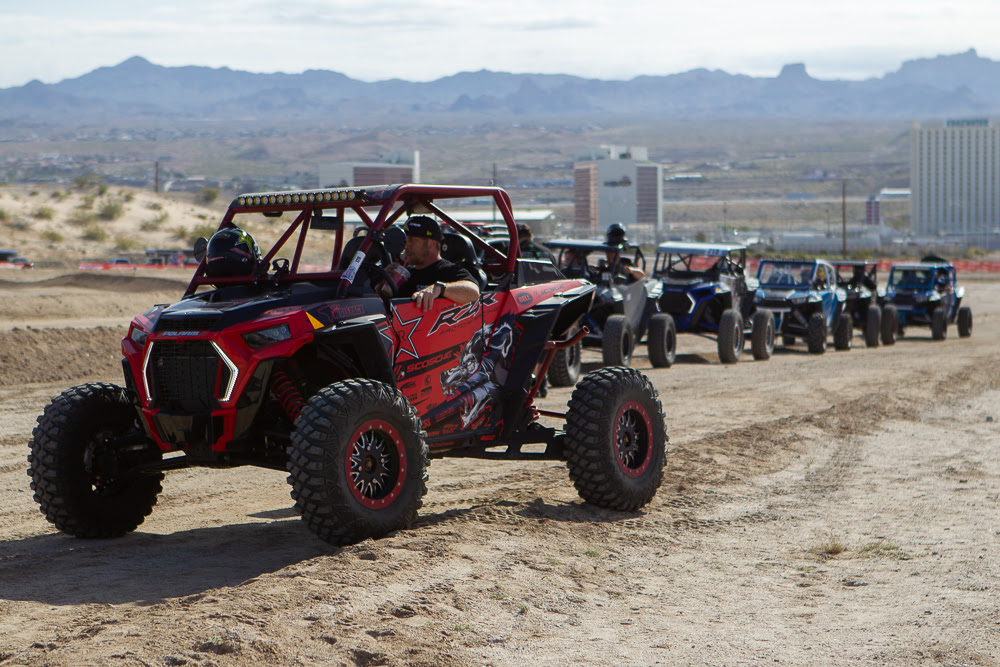 “This year’s UTV World Championship is going to be an awesome celebration of UTV’s and off-road culture, and we couldn’t be more excited to be in beautiful Lake Havasu in early October. Our team has really gone above and beyond to add value to our racers and sponsors as well as create an event that is family-friendly,” commented UTV World Championship CEO, Matt Martelli. “The four new racecourses, four days of pre-running, qualifying and a dedicated racer campground were all things that have been on our radar for years. But we’re also thrilled to offer the best Poker run in the Southwest now, along with free drive-in spectating. ALL of this, less than three miles from town!”

Youth racers will once again compete in the 170, 250, 570 and 1000 classes, while pro and beginner short course and desert racers will battle it out in five adult races across the two days. In 2019, over 350 of the planet’s top UTV racers came to the UTV World Championship and big names like Phil Blurton, Cody Miller, and Colby Wemple topped the podium and became UTV World Champions. This year’s ultra-technical courses will separate the best of the best and challenge both newcomers and pros alike!

The fan-favorite UTVWC Poker Run will return Wednesday, October 7th and will more than triple in size to 64-miles! Nearly 300 entries will be open to the general public. The Poker Run will begin and end at the race site in Standard Wash and takes place over a 60+ mile course through the beautiful Arizona desert. The Poker Run is a family-friendly event and a great to see some of the terrain that the UTV World Championship racers will face on race day. Participants will draw a poker hand, in hopes of winning amazing prizes donated from our UTV Festival Exhibitors. Each participant will receive a poker run t-shirt and a commemorative poker chip from the 2020 event.

On Wednesday evening, the UTV World Championship will extend an open invitation to the residents of Lake Havasu for the Official Kick-Off Party – located at the UTV Festival site in Lake Havasu City State Park. Off-road and UTV enthusiasts are all invited to come party, pickup UTV and off-road merchandise, enjoy the white sand beaches and beautiful lake, AND watch the Pit Crew Challenge, where teams will compete head to head for thousands of dollars in cash and prizes – and top pit crew team bragging rights!

For the first time in the UTV World Championship’s history, select teams will have a chance to earn their starting positions on race day. The Pro Turbo, Pro NA and Pro Unlimited desert classes will qualify on a 3.72 mile course in the morning of Thursday, October 8th. Some of the best action of the weekend will be on full display during this newly-added time trials event, and qualifying will be open to the general public for spectating!

The AZ West UTV Festival will also take place on Thursday on the shores of Lake Havasu City State Park (Willow Wash) from 9am-5pm. Since its inception in 2015, the UTV World Championship has drawn hundreds of racers and thousands of spectators to its pre-race festivities including a massive Tech & Contingency, now dubbed the UTV Festival. The event has enjoyed a growing crowd of OEMs, aftermarket parts makers and thousands of UTV enthusiasts. The AZ West UTV Festival will be THE time to buy all your aftermarket parts for your machines.

“We are thrilled about this schedule and all the new features added to Worlds this year,” commented UTV World Championship COO, Joshua Martelli. “Everyone in the Havasu BLM office, the City and Mayor’s office, and the local businesses have gone way out of their way to make us feel welcome. We know that under the current circumstances things can change at a moment’s notice – so we will be monitoring the state and federal COVID guidelines closely. We will be instituting best practices for reducing potential transmission at the event – but don’t anticipate this having any adverse impact on the racing or festivities.”