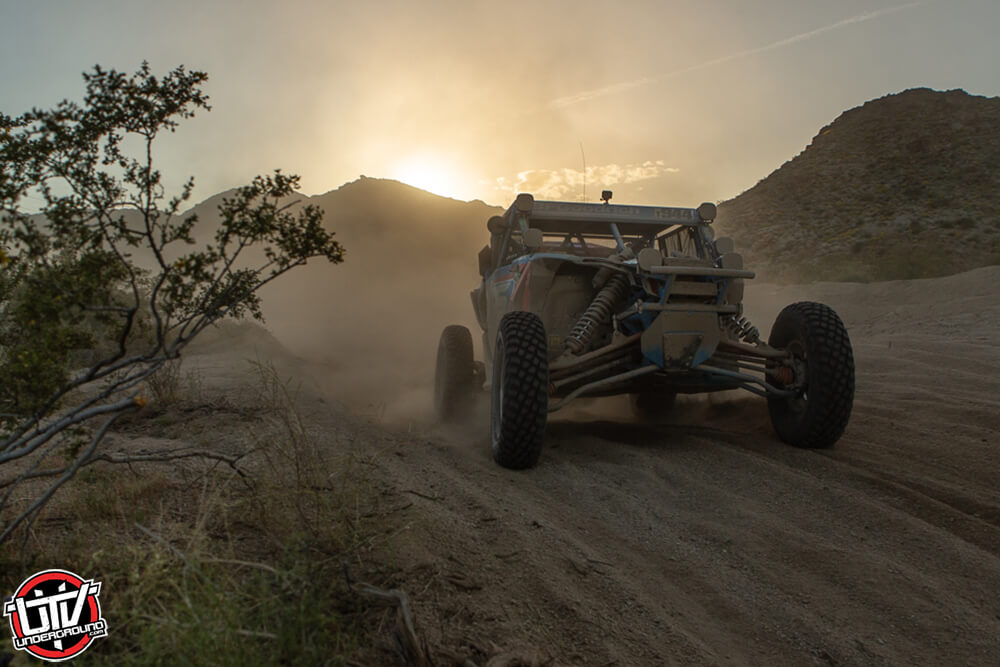 America’s longest point-to-point off-road race kicks off Friday morning, as General Tire Vegas to Reno marks the latest event in the 2019 Best in the Desert season. With over 110 entries across the UTV Turbo, Production, and Unlimited classes, this year’s event promises to produce some of the most exciting racing of the 2019 season.

At over 500 miles, Vegas to Reno challenges drivers to cross the Nevada desert over a full day of intense action. Despite the challenges, more than half of last year’s UTV entries—64 in total, compared to 40 DNFs—made it to the finish in 2018, with a difference of less than two minutes between the top UTV Turbo finishers.

Two-time defending Vegas to Reno UTV winner Phil Blurton looks to not only make it three in a row on Friday, but also extend his UTV Turbo points lead. Victories at the UTV World Championship and Silver State 300 have given him a 26-point advantage over Mint 400 winner Mitch Guthrie Jr. and Parker 250 winner Dustin Jones. But going up against a stacked entry list that also includes names like Wayne Matlock, Jason Murray, Justin Lambert, Branden Sims, and Brandon Schueler, the 64-entry UTV Turbo field shouldn’t just be the most competitive UTV class—it just might be the most competitive class in the event, period. 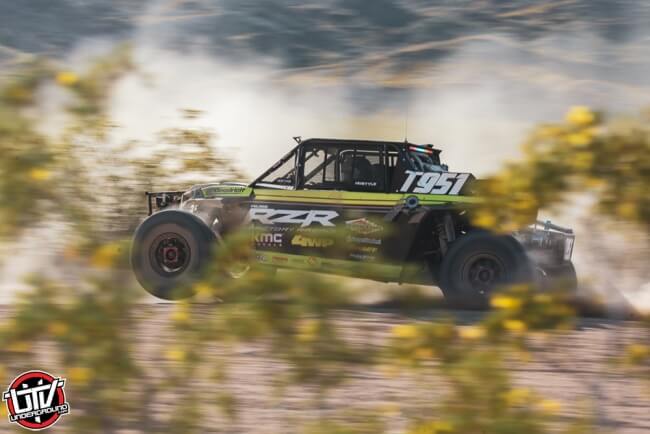 In UTV Production, Seth Quintero’s quest for a perfect BITD season continues after wins in the first four races of the year. Quintero beat Mike De Ley and Dan Kaatz in each of the last two races, and holds a healthy 68-point lead over Corbin Wells in the championship. Meanwhile, Michael Isom’s two wins have given him the UTV Unlimited points lead over Josh Shelton, and he’ll look to break the tie with fellow two-time 2019 winner Brett Comiskey, who will only be competing in UTV Turbo this weekend.

Blurton will start first in UTV Turbo thanks to his Silver State victory, followed by Jacob Carver, Jones, Lambert, and Guthrie, as the top 10 from that race get to start first in Beatty in the morning. Quintero, De Ley, and Kaatz will lead off the 35-entry UTV Production field, while Isom, Randy Raschein, and Jeramiah Drew will lead off the 13 UTV Unlimited starters.