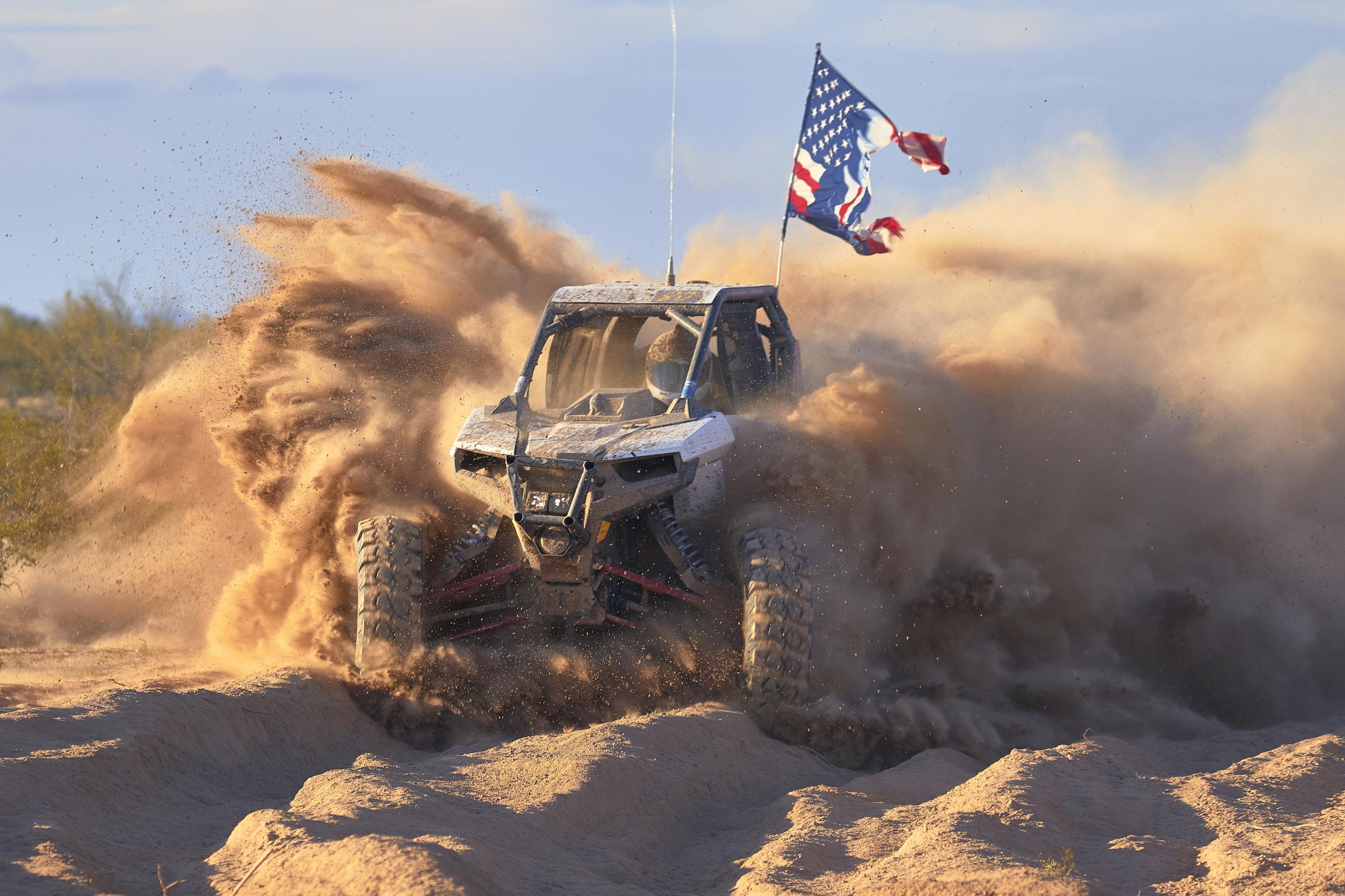 It may only be March but things are already heating up in the 2020 AZOP Rowley White RV Series championship races! As spring weather rolled through the southwestern US, AZOP’s desert racers headed for the unassuming small town of Vicksburg, Arizona to stage a race at a truly unique venue; a private junkyard! Presented by The Hideaway Grill and Roadhouse as well as MRT, the Junkyard GP was run on a track approximately 5 miles in length which first snaked through the abandoned cars and other collected detritus of the titular junkyard before heading out to the silt beds and even an old abandoned runway.

Weeks of work went into the creation of the manmade portions of the track and water was dumped onto the infield sections near the pits in an attempt to keep the dust down, both for those in attendance as well as the drivers on Interstate 10, which borders the northern edge of the property. While all the watering and prep time certainly helped, after two days with hundreds of contestants pounding around and plenty of hot sun and wind, the dust clouds raised by the soft Vicksburg soil were still epic. The full-size UTV classes had an especially tough time as the dust from the large field of entrants eventually limited visibility along the entire track.

The real story of the weekend was the silt. The second half of the course saw racers heading away from the pits and out into an open section of desert that appeared to be normal sandy soil. However after the first few races on Saturday this section of the course had been churned up enough to reveal a layer of incredibly fine powdery soil more than a foot deep. Once the heavier quads and UTV’s began to run through these sections the true nature of the course was revealed and racers began to adjust strategies to try to mitigate the total lack of visibility and potentially catastrophic damage to air filters and the engines they protect. Some chose to attack the silt in hopes of floating over the top while others drifted out as wide as possible looking for any available hard-packed dirt. Despite copious course markers and practice sessions racers still found it difficult to stay on track and keep their bearings through this section of the course with several ending up off track wandering in circles waiting for the dust to clear before being able to rejoin.

With mechanical attrition becoming a factor after Saturday’s races the decision was made on Sunday morning to shorten the course and skip the silt section. This effectively turned Sunday’s bike and quad races into short-course style events with most of the racing taking place on man-made obstacles and corners, which made for great spectating for the fans in the pit areas. However as the big UTV’s lined up for Sunday’s final race the question was posed to the drivers whether they would prefer to run the longer course with the silt or whether they would prefer to run the shortened course and the pool of drivers overwhelmingly voted for the longer, tougher course. After a few minutes of extra prep to open the backside of the track the race was on and the silt was flying once again!