Rhys Millen has been declared the Pro UTV Forced Induction winner of September’s Lucerna Hotels & Resorts Tijuana 22nd SCORE Desert Challenge after the application of a penalty to Wes Miller. The penalty drops Miller from first in the class standings to fifth.

After a protest by fellow Pro UTV FI competitor Brandon Schueler, SCORE reviewed video footage from the event and determined that Miller had taken a cut line. The penalty added 15 minutes to Miller’s time, increasing it to 4:02:39.748. Millen’s race-winning time stands at 3:48:52.201.

Wayne Matlock moves up to second, followed by Schueler and Tony Riggs. Nine of the 19 entries in the class finished the event.

This story has been edited to reflect the correct competitor who filed the protest. 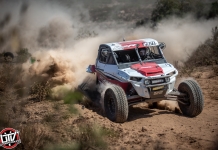 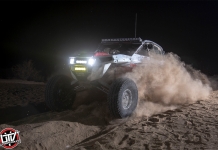 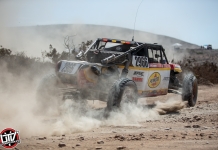