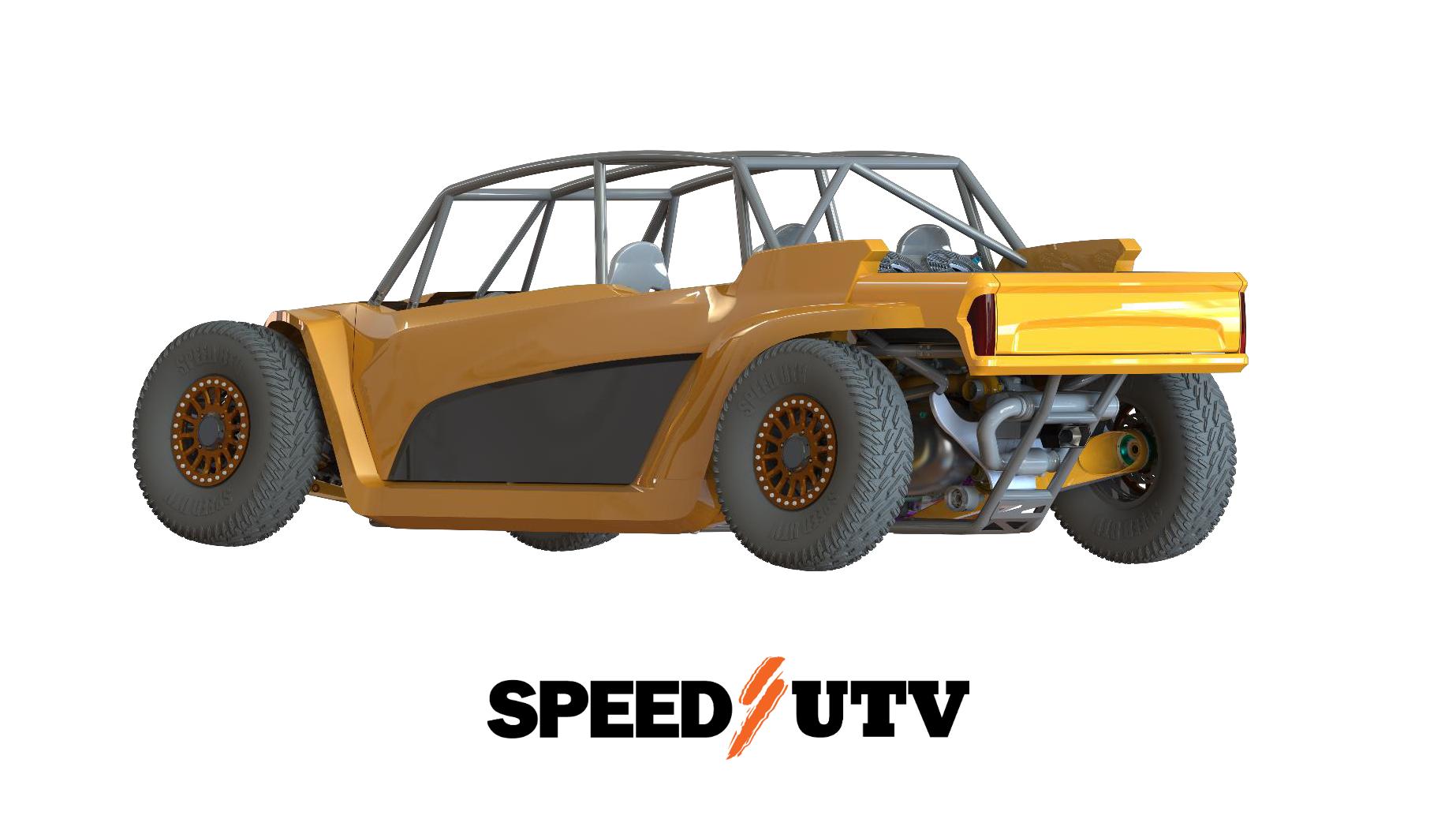 This week on Speed UTV’s livestream, Robby Gordon dropped pricing on the Speed UTT models, showed us the updated dash layouts, went over the Speed Bolts and took a deep dive on the inner workings on everything suspension related.

The Speed UTT has a few different models, everything from base, which is still full of features that won’t leave you disappointed, all the way up to basically a prerunner or the Robby Gordon Edition. Speed UTT models start at $30,000 for the base model and goes all the way up to $35,000.

Robby Gordon and his team at Speed UTV are listening to your comments and taking in all the feedback. With that said – we have a revised version of the dash. It’s definitely looking a lot more refined that the early models of the dash that were presented last month.

We also found out there will be a fullscreen version of the map. If there’s something wrong a warning will be display over your map so that you can see what’s going on. We’re going to find out more about that next week.

Robby mentioned the Speed UTV will have tire pressures on your dash, the gear you’re in, whether you’re in 4×4, diff lock, essentially anything you’d need to know about the status of your Speed UTV, it’ll be right there front and center.

To switch between the various screens, all you would have to do is click the mode button at the top right and then move around with the arrow buttons. You will have to preprogram everything before you get on the move, you won’t be able to play with your screen when you’re driving the UTV.

Nuts and bolts don’t usually make the news when a manufacturer is talking about a side by side, unless they’re part of a recall. Well, Speed UTV is a little different.

Even the bolts look to be thought out right from factory.

You get a one-off bolt that’s used for all your suspension components, brakes, steering and basically anything that gets a load on it. Keep in mind the lengths will vary for all the various components, but the design and wrench size stays the same.

What makes the design special is you get the nut and washer combined all into one, and it rides on the shouldered part of the bolt instead of on the weaker threaded part. Best part? You only need two wrenches, 19mm or 3/4″ wrench for 99% of the nuts and bolts, or a 22mm or 7/8″ wrench for the largest bolts used in the suspension.

The front end of the chassis is arguably the biggest weak link of the design in most side by sides. Speed UTV seems to have solved that problem with their bulkhead.

With most other UTVs your only option is to reinforce the front of the chassis with gusset kits, and even then if you come off a jump short and bend your front end, it’s easier to just replace the entire chassis than to try and get all your geometry back in order. With Speed UTV, you will not have to worry about any of that.

The bulkhead itself is about as sturdy as you can get, and even in the event it needs to be replaced, the entire bulkhead can come out of the car with most of the suspension components attached right to it, cutting the labor time significantly.

The steering is tied right into the bulkhead, so are the arms, and the back of the bulkhead is machined so that it fits tongue and grove into the car.

All around the bulkhead there are plates in which the chassis will attach to the bulkhead, some of the bulkhead attachment points can be seen in the front end picture below.

A skid plate will run all the way from the front of the car to the rear.

The track change in the Speed UTV is about as optimized as you can get.

Bottomed out the Speed UTV will get about 7 degrees of negative camber, while maintaining about the same track width. Keep in mind wider is better, when the car is wider it’s more stable.

At full droop the front and rear tire have a little bit of negative camber, while still maintaining the same track width. So you won’t be chasing the track change from moving.

We also got to the see the chassis design from below the car. The green tube is 120 wall, the pivot points for the trailing arms are forged.

The shocks are the same on front and rear, the only difference being the hydraulic droop limiter built into the front shock.

The reason why the shocks aren’t any bigger is so that they won’t stick out of the bed, you can see on the UTT there is a small bump in the front of the bed to give the shocks enough room underneath,

Stay up to date, make sure you check out our Speed UTV page with all the details we’ve got. If you’ve got any question, make sure to get a hold of Speed UTV on Facebook and Instagram to have your questions answered.